Dipping into the archives with Dan Snow

You can watch last week’s programme online here. Look out for more of the British Library collections in the second and final episode of the series which airs this Wednesday at 9.00pm on BBC2. 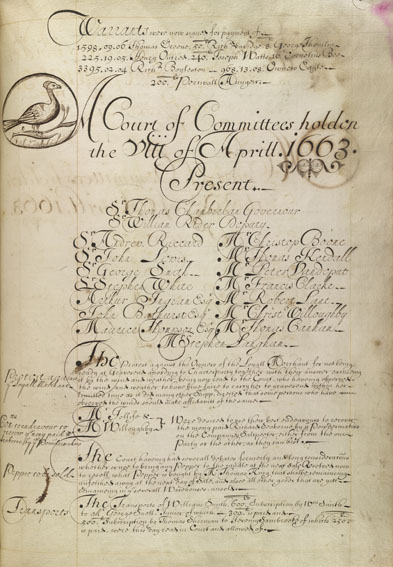 From the minutes of the East India Company Court of Directors, 1663 [IOR/B/26]

Posted by Margaret.Makepeace at 09:00:00 in Commerce , Journeys , Politics , Work