In the winter of 1786, two Englishmen arrived unexpectedly at the East India Company Residency in Bushire on the Persian coast.  Major John Morrison was elderly and evidently in charge of his younger companion, Captain George Biggs.  They declared their intention to stay several days before heading to Delhi by sea.  The Resident in Bushire, Edward Galley, had heard rumour of two “European gentlemen” at the camp of Ja‘far Khān Zand, one of the contenders for the Persian throne.  He wrote to his superiors in Bombay.  Their response was the order to ‘keep an eye over [their] motion’ until Galley was ‘better acquainted with the real object of their journey into Persia’. 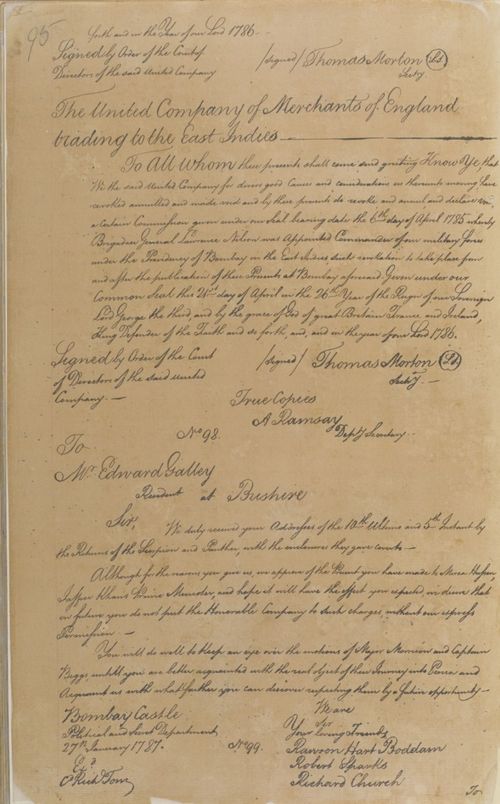 Who was Major John Morrison?  And what was he doing in the Persian Gulf on business that was seemingly neither commercial nor sanctioned by the Company?

Fifteen years earlier, Major Morrison had written to John Cartier proposing an alliance with Shah Alam II, the Mughal Emperor.  The provinces of Bengal, Bihar, and Orissa would be given over to the English in exchange for arms, military training, and payment of the tribute owed to the Shah.   When Cartier did not even reply, Morrison travelled to England as the Shah’s ambassador and peppered ministers and men of influence (in particular Henry Dundas) with the same and similar proposals, presenting them either as commercially or strategically advantageous depending on the audience. 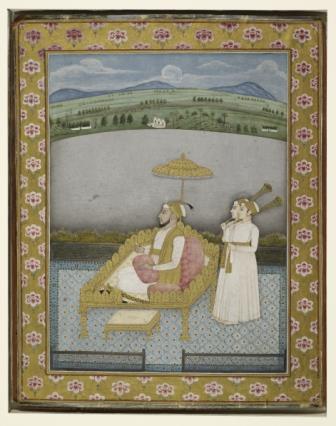 After campaigning for more than a decade without success, Major Morrison returned to the East, arriving at Ja‘far Khān’s camp near Shiraz in late 1786.  His mission was to settle a treaty of commerce between the Khan and his employer Shah Alam.  However when Morrison heard of Shah Alam’s imprisonment by the Marathas, he wrote to Ja‘far Khān with an extraordinary offer.  In exchange for ten lakhs of rupees, (approximately £15,000,000 today), Morrison would travel to Europe and purchase ‘great guns and small arms and other articles of war’ with which he would return to Shiraz and ‘conquer the whole Kingdom of Persia for you’.

This shift in potential ally prompted Morrison to return to England instead of heading from Bushire to Delhi. He renewed his epistolary bombardment of Dundas: keeping a Zand on the Persian throne would prevent the capital moving northwards to Tehran, as would happen under the Qajars, and closer to the influence of Russia. 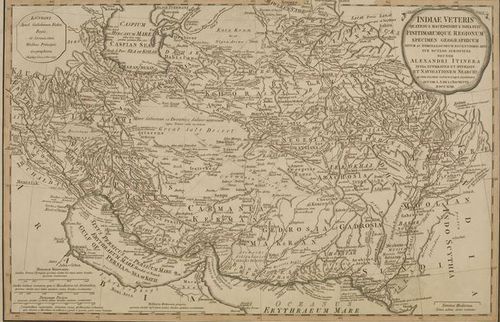 Dundas was preoccupied with the French threat, and Morrison failed to get sanction for his schemes.  Was Morrison genuinely and patriotically trying to promote the interests of the Company and the English nation as a whole?  Or was he attempting to play a dangerous political game to further his own ends?  A letter sent from him in February 1792 to Lord Grenville contains a telling remark.  If his plan is not accepted, Morrison threatens, he will lay it before ‘a foreign court, who, I am convinced, will immediately carry it into execution’.