The rise and fall of the East India Company

Tonight BBC2 is showing the second and final episode of the series The Birth of Empire: the East India Company.  Dan Snow will discuss the shift from trade to empire, and the increased state control of the Company.  We will see the defeat of Tipu Sultan and the treasures that were looted after his death; the creation of the Indian civil service; the problems caused by religious differences; and how the relationship between the British and Indian peoples changed in the years leading up to the ‘Indian Mutiny’ and the subsequent death of the East India Company.

Here are more of the interesting stories discovered by Robert Hutchinson, the historical consultant for the series.

The British were amazed at what they found in India. One intrepid traveller arrived at the Taj Mahal in 1796 and described his awestruck reaction:

– ‘I was mute with astonishment. We arrived at the tomb and then again I paused, lost in wonder and admiration to see a building as large almost as St Paul’s magnified also with four turrets, nearly the height of The Monument and all of pure white marble was a sight so truly novel, great and magnificent that imagination itself could have painted it…’ [IOPP/ [MSS Eur B284 f.4v] 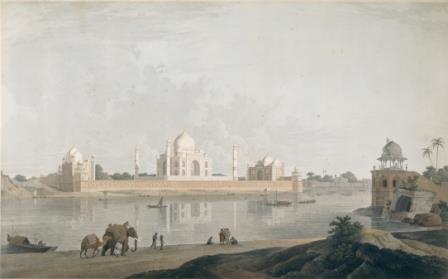 The popular guide to life in India, called the East India Vade Mecum warned in the early 19th century: ‘Snakes have been found in the beds wherein gentlemen were about to repose. A lady was called in by her servant to see a snake that lay contentedly between two of her infants while sleeping in a small cot. This perilous situation produced the utmost anxiety’. 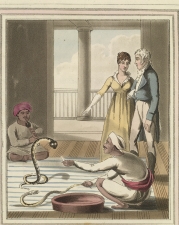 A Saumpareeah or snake catcher exhibiting snakes, from The costume and customs of modern India (London, c.1824)

In 1808, Maj. Gen Charles Stuart – ‘Hindoo Stuart’ - published a book, Vindication of the Hindoos, in which he attacked the spread of unauthorised evangelical missionaries in India, claiming that: Hinduism little needs the meliorating hand of Christianity to render its votaries a sufficiently correct and moral people for all the useful purposes of a civilized society.

He wrote of the dangers of these ‘obnoxious’ missionaries whose efforts to convert Indians to Christianity was ‘impolitic, inexpedient, dangerous, unwise and insane’.  If a Hindu’s religion is insulted, he warned, ‘what confidence can we repose in the fidelity of our Hindu soldiers?’ 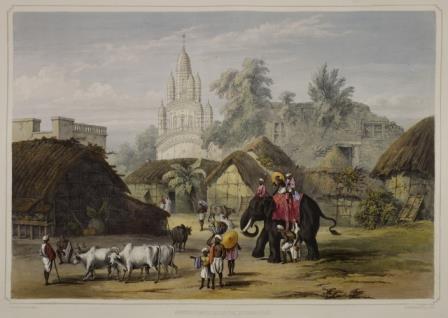 Hindoo temple near the Strand Road, from Views Of Calcutta And Its Environs Images Online

Death of the East India Company

The last Company Governor General seemed to sense impending trouble. The speech made to the farewell banquet given by the EIC Court of Directors by Lord Canning before he sailed out to India, (arriving in Calcutta in February 1856) contained these prophetic words: ‘I wish for a peaceful term of office but… we must not forget that in the story of India, serene as it is, a small cloud may arise at first no bigger than a man’s hand but which, growing larger and larger, may at last threaten to burst and overwhelm us…’ 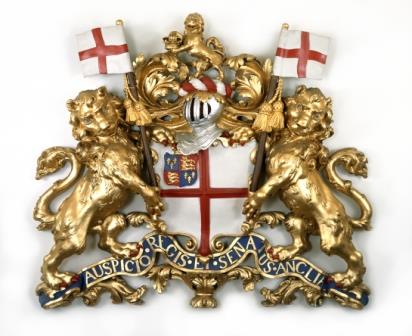 Read our previous blogs about the programme and its exploration of the East India Company archives:

The Birth of Empire: the East India Company

Dipping into the archives with Dan Snow