D-Day - NAAFI was there!

Today is the 70th anniversary of the Normandy landings on 6 June 1944.  Have you ever considered the role that NAAFI played in D-Day?  NAAFI placed advertisements in newspapers all over Britain in the summer of 1944 describing its work during the invasion campaign and appealing for new recruits to its canteens. 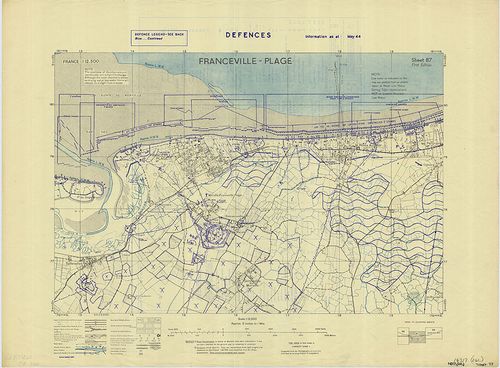 NAAFI (Navy, Army, & Air Force Institutes) was established in 1921 to run recreational establishments for the Armed Forces, and to sell goods to servicemen and their families.  In the weeks before the Normandy landings, thousands of young women working for NAAFI volunteered to be ‘imprisoned’ in the sealed invasion camps to provide a canteen service for the troops.  The units which left Britain on D-Day took a NAAFI invasion pack with essential supplies and comforts: cigarettes, matches, razor blades, boot laces, letter cards, shaving cream, toothpaste and soap.

On 23 June 1944 a NAAFI reconnaissance party landed in France to look for suitable premises for warehouses, stores, canteens and billets. The first main supplies of canteen goods were landed on 25 June.  These were followed the next day by sports packs containing books and indoor and outdoor games, a free gift to the troops from NAAFI.  On 10 July, NAAFI started to serve outlying units using five mobile canteens.  By 15 July, in addition to the emergency packs, NAAFI had landed 670 million cigarettes, nearly 3.3 million bottles of beer, and over 9,500 tons of tobacco, chocolate, razor blades, matches, writing materials, handkerchiefs and toiletries. 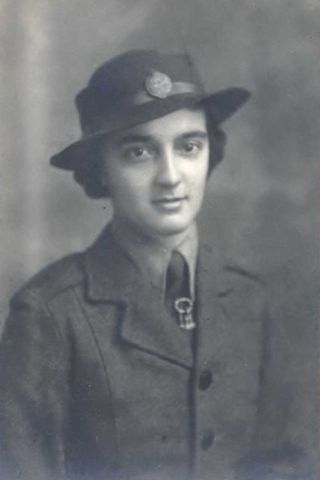 Rosemary Harris in her NAAFI uniform. She worked in the canteen at RAF West Raynham, Norfolk. (Family photograph)

More than 800 NAAFI men were at work in France by the end of July 1944. Hundreds of NAAFI women volunteers were ‘also standing by, eager for the adventure of service in Europe’.  Their places at home needed to be filled and so NAAFI sent out an urgent call in the press for manageresses, cooks and counter assistants to join its canteens.