The 1970s was a momentous decade for the British Library: it’s when we were founded by Act of Parliament and both collections and staff transferred in from institutions such as the British Museum. It was also a momentous decade in terms of changing attitudes towards sex in this country, and this can in part be tracked through the comics that found their way into the library’s collections.

1971 saw the longest obscenity trial in English history. Issue no. 28 of the satirical magazine Oz contained a comic that combined an existing erotic story by the American comics creator Robert Crumb with the British children’s character Rupert Bear. The result horrified many people, and prosecution under the Obscene Publications Act of 1959 was perhaps inevitable. Courtroom discussions show that the case highlighted a generational gap: young people found the story funny and harmless (the story had in fact been suggested by a teenager), whereas most older people were truly appalled. The magazine’s three editors were found guilty and jailed, but were released on appeal. But prosecutors didn’t let it lie: the next year the underground comic Nasty Tales was in the dock for obscenity, but found not guilty. The documentary comic The Trials of Nasty Tales recounts the court case. 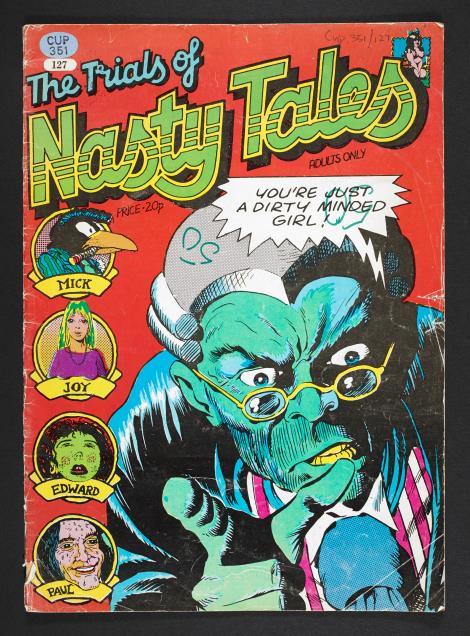 Many of the titles mentioned above are on display in Comics Unmasked.  Join Oliver Frey alongside Melinda Gebbie (Lost Girls) at the British Library on Thursday 3 July from 18.30 – 20.30. Book now