Sidekicks and arch enemies in the archives

Inspired by finding Batman in the India Office Records for our last post, I decided to look for some more Gotham City characters in the baptisms, marriages, burials and wills for Europeans in India. 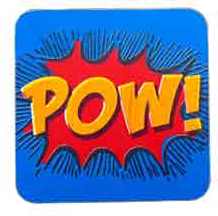 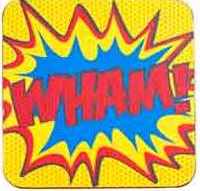 Coasters offered for sale in the BL Shop 2014

Amongst the thousand or so Robins who appear, my eye was caught by a sad entry.  Robin, whose father and mother were unknown, was baptised aged about five years at Ganjam on 6 November 1810 by W. Montgomerie acting magistrate. Could I find Batman’s female sidekick, Batgirl?  How about Claire De La Bat who married Eugene Francis Duncan at the Catholic Cathedral in Calcutta on 14 August 1927 at the age of 20?

Hendrick Freeze was a soldier who was buried in Calcutta on 5 July 1719.

Johker Junius M F Van Hamert was a passenger on the French mail steamer Irrawaddy. He died at Aden of anaemia on 12 May 1885 aged 60 and was buried there on the same day.

Not forgetting Hush - George Hush of Calcutta made a will on 18 September 1787 leaving all his worldly goods to his mother Mary Hush of Deptford Kent [IOR/L/AG/34/29/6 f.182].  There is a detailed inventory of his possessions at death which range from carpenter’s tools, timber and ship masts, to a broad sword, a palanquin, and a cracked tureen [IOR/L/AG/34/27/9 f.240].

Posted by Margaret.Makepeace at 09:00:00 in Comics-unmasked , Domestic life , Health , Journeys