A Polymath in Muscat

As his British superiors came and went, one long-serving Indian Medical Service officer, based at the Political Agency in Muscat, created a rich and enduring legacy.

Many of the British officers who went on to serve as Political Resident in the Persian Gulf or as Political Agent in Bahrain started off their careers in the Gulf in the post of Political Agent in Muscat.  The Political Agent’s second-in-command was the Agency Surgeon. Between the years 1873 and 1900 this post was held by one man: Atmaram Sadashiva Grandin Jayakar (1844-1911). Jayakar was said to have preferred Muscat to anywhere else in the world, and remained long enough to see no fewer than twelve British Political Agents pass through the town. 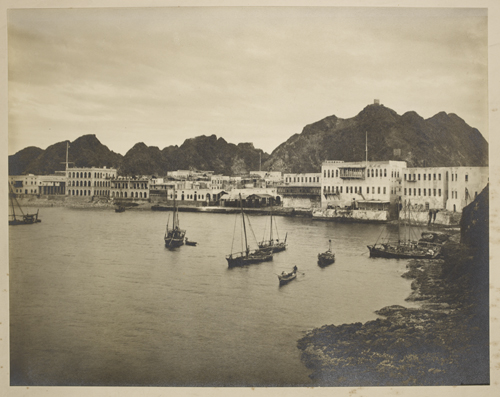 A Maratha by origin, Jayakar completed his Bachelor in Medicine and Surgery in India before studying to pass the Indian Medical Service exam at the Royal Victoria Hospital in Southampton, England. He was posted to Muscat in 1873, promoted to Surgeon Major around 1880 and then to Surgeon Lieutenant-Colonel ten years later. He also worked as the Acting Agent at Muscat, and personally attended to the Sultan of Muscat, Turki bin Sa’id, when he was sick.

While at Muscat Jayakar wrote a number of papers on the hygiene conditions in the town and its vicinity which appeared in Indian Government publications. These include a Medical Topography of Muscat in 1877 and a Report on the Recent Epidemic of Cholera in Maskat and Matrah in 1900.

Described by his one-time Muscat colleague Percy Cox as ‘a man of great industry and scientific bent’, Jayakar dedicated his spare time to the pursuit of scientific exploration and understanding. He collected scores of wildlife specimens from the desert sands, as well from the shores and waters off the Oman coast. The English explorer Theodore Bent, who visited Muscat in 1899, described Jayakar’s house as being ‘filled with curious animals from the interior, and marvels from the deep’. Jayakar sent many specimens not previously collected or studied to the British Museum in London. Numerous species are named in Jayakar’s honour, including the Arabian Sand Boa (Eryx Jayakari), a lizard (Lacerta Jayakari), a species of goat (Arabitragus Jayakari), a scorpion (Hottentotta Jayakari) and several fish, including the seahorse Hippocampus Jayakari. 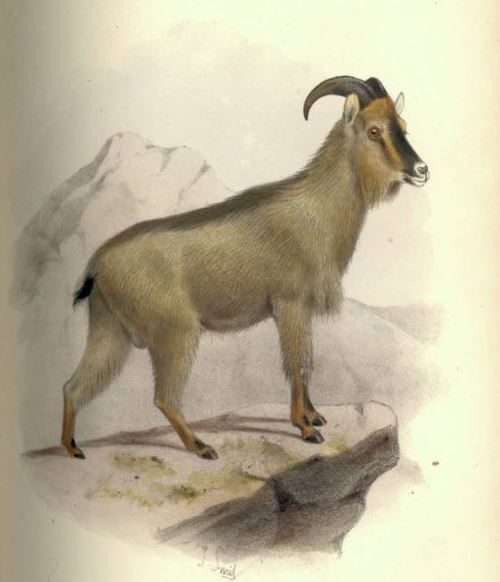 ‘Hemitragus [or Arabitragus] Jayakari’ from Proceedings of the General Meetings for Scientific Business of the Zoological Society of London for the year 1894, facing p.448.

Jayakar also studied the Arabic language spoken by his fellow inhabitants in Muscat. His paper on the ‘Omani dialect of Arabic’ was published in the Journal of the Royal Asiatic Society in 1889. He also published The Shahee dialect of Arabic in 1904, and the Arabic zoological lexicon A̲d-Damîrí's Ḥayāt al-ḥayawān in 1906. A paper entitled ‘Omani Proverbs’ appeared in the Journal of the Bombay Branch of the Royal Asiatic Society and was published in book form in 1987.

Given the number of native animal species that Jayakar gave his name to, there is a pleasing symmetry to the fact that the townspeople of Muscat bestowed their own epithet of ‘Muscati’ upon the Indian surgeon who lived amongst them.

Posted by Margaret.Makepeace at 09:00:00 in Health , Journeys , Qatar , Science and environment

I am very eager to know if and where plates of the other 'Jayakari' species appear. Are you able to tell me whether these species are illustrated in the Proceedings of the Zoological Society or any other publication?