General Charles Rainsford was a remarkable man in many ways. A professional soldier, diplomat, politician and inveterate traveller, he was also a well-connected man of the enlightenment interested in many aspects of science.

Fortunately Rainsford left behind a huge archive, held primarily at the British Library.  This includes papers on freemasonry, magnetism, and alchemical processes, and a journal of Rainsford's travels with the Duke of Gloucester.

Charles Rainsford was Commissary of Troops in the Low Countries in 1776–78. There he was charge of the shipping and transportation of mostly German/Hessian mercenaries, recruited to supplement British Army forces fighting in North America during the Revolutionary War. This posting bought Rainsford into contact with many prominent London ship-owners, merchants and their continental agents who supplied him with the necessary merchant ships.

Rainsford was a cousin of Sir Joseph Banks, another colossus of the enlightenment and they lived close to one another in Soho Square, London.  Both men were Freemasons with Rainsford taking a very active role through membership of several lodges both in England and on the continent.  Rainsford was elected a fellow of the Royal Society on 13 May 1779, and he was also a fellow of the Society of Antiquaries. 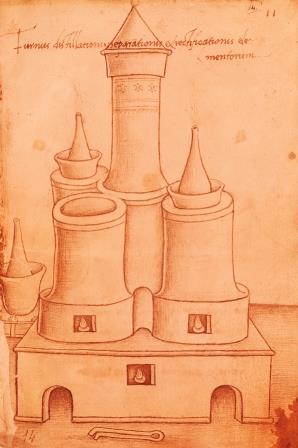 General Rainsford was deeply interested in religion and the occult.  He was a Rosicrucian and a Swedenborgian, having Carl Wadstrom as a friend and correspondent. He sought out mystics such as the London based Rabbi Dr Samuel Falk, the celebrated 'seerer' of Wellclose Square, and the mysterious Scandinavian Alchemist and ship’s surgeon Dr Sigismund Bacstrom. Rainsford was aware that Bacstrom was an excellent Chymist having had dealings with him through his alchemic interests and his close friend Peter Woulfe FRS, a Swedenborgian and inventor.

East London in the eighteenth century has until now often been portrayed by historians as a 'dank, dark and dangerous place'. But recently Derek Morris and I have discovered new evidence to challenge this view.  General Rainsford was a friend of the renowned naturalist Daniel Solander, secretary to Sir Joseph Banks and patron of the Swedish Church which was located in Princes Square close to Wellclose Square where many prominent sugar refiners lived.

This church was a hub for the Scandinavian merchant community in London. Many Scandinavian merchants and ship-owners had businesses based in Wapping. Some were engaged in the Scandinavian timber trade, so important for the building of British navy warships, for example the Lindgrens, Gustavas Brander, and Abraham Spalding.  Brander was a patron of the British Museum and friend to Daniel Solander and Sigismund Bacstrom, both of whom accompanied Sir Joseph Banks on his voyage to Iceland in 1772.  Rainsford no doubt used these circles for intelligence on shipping as well has for keeping tabs on certain scientific work which was at this time still in its infancy.

I am currently engaged in further research on General Rainsford and Sigismund Bacstrom. The British Library’s Rainsford Papers are an important resource for everyone who is interested in this complex and remarkable man.

Posted by Margaret.Makepeace at 09:00:00 in Commerce , Religion , Science and environment