A cursory examination of any memoir describing time spent in the military, civil or medical services in India will reveal a wealth of detail about the leisure activities pursued by members outside of their regular duties. Typical activities included cricket, polo, racquets and hunting.

Whilst researching the plague in India I came across a gentleman who appears to have been a little too dedicated to his sporting activities.

Colonel Harry Ross (1869-1938) attended Sandhurst and served briefly with the Somerset Light Infantry, before joining the Indian Army. Whilst stationed in Simla with the 18th Hussars he occupied himself with cricket and polo, in addition to studying for the Staff College Examination.

An extract from his memoirs shows how far he went in pursuit of his leisure activities:

“During the Simla week which took place at the height of the hot season there was always a cricket match – Outstations v. Simla, & I was invited to play for the former, but my chief would only allow me 2 days leave. This of course was no use at all, as it took a day to get there, an-other to come back, while the match itself was a two day one. I took the 2 days leave, and I’m afraid in a very insubordinate manner stayed away 4”. 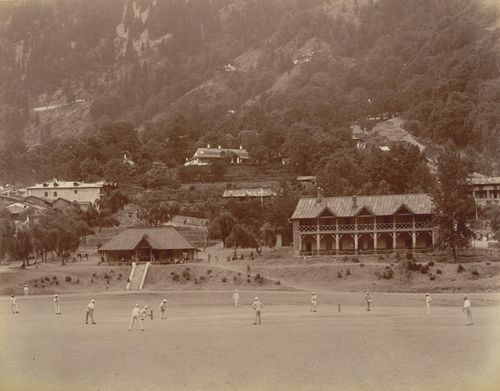 Was it worth it? Ross describes his journey to the cricket match and the change in climate, noting:

“The atmosphere there was delightful after the sultry heat of the plains, but it takes some time to get used to the sudden change to the rarefied air which affects one’s breathing. This probably accounted for the poor display I made in the cricket match. I cannot remember the scores, but I know that the “Outstations” were beaten”.

Expecting trouble for his unannounced absence without leave, Ross decided to strike first:

“I fully expected a row on my return to Amballa, so determined to be first in the field with my resignation from the commissariat Department. I wrote this out & handed it in as soon as I reached office & it was not many weeks before I received orders to return to Regimental Duty & join a new Regiment – 1st Bombay Grenadiers…”. 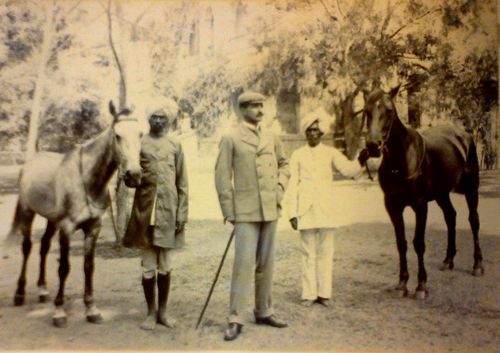 Ross would later be stationed on Plague duty at Satara, before proceeding to Bijapur as Plague Duty Officer. He was later commended by the Government for his services during the plague.

Edward Braddon, Life in India: a series of sketches showing something of the Anglo-Indian, etc. (London: Longmans & Co., 1872)

Posted by Margaret.Makepeace at 3:45 PM