As a historical source, an autobiographical novel presents the problematical challenges of both fiction and autobiography, and often doubles as a polemic for the author’s own world view. However, King Silence: A Story written by Arnold Hill Payne has provided me with insight into the lives of Victorian deaf children that I did not find in more traditional sources. 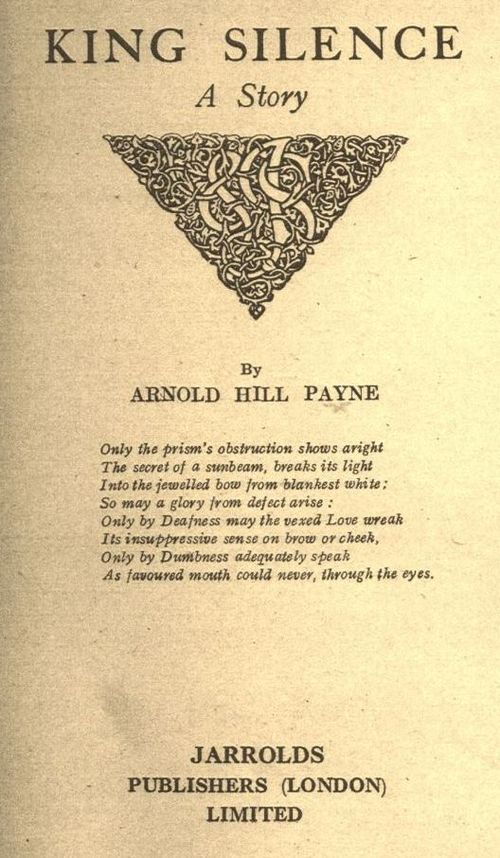 Arnold Payne was the hearing son of Benjamin Payne who was the deaf principal of the Cambrian Institution for the Deaf and Dumb in Swansea between 1876 and 1909.  Prior to attending a local school at the age of seven, Arnold’s everyday companions were deaf children boarding in this very well respected institution. Like his parents he was a passionate advocate for sign language in a time when ‘oralism’, or teaching the deaf to lip read and speak, was decreed to be the better method of communication. 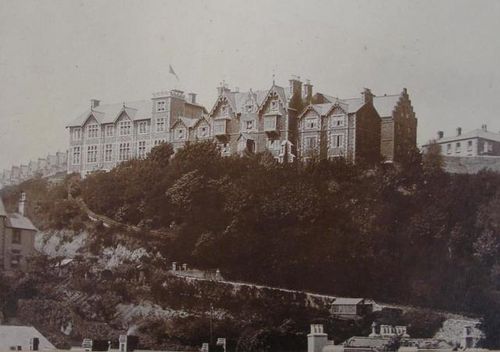 Arnold Payne became assistant chaplain to the Royal Association in Aid of the Deaf and Dumb in London, regularly speaking against oralism as he believed that signing enabled deaf people to be better educated and to interact with each other. He also wrote a comprehensive entry for ‘the deaf and dumb’ in the 1911 Encyclopaedia Britannica and spent a year at Gallaudet College in Washington DC, the leading higher education establishment for deaf students.

The descriptions of the fictional ‘Sicard College’ in Washington DC which featured in King Silence were recognisable as Gallaudet College. His father, Benjamin Payne can also be identified in the book as ‘Mr Gordon’, the principal of the fictional institution remarkably similar to the Cambrian Institution in Swansea. 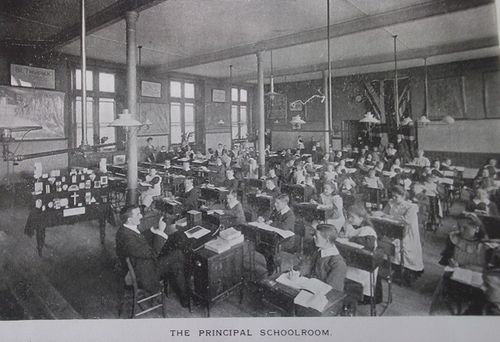 The depiction of one pupil in King Silence highlights the loneliness and isolation experienced by a deaf child. A seven year old boy who had been born deaf stood ‘silent, lonely, passive, patient’ while his mother discussed his admittance to the institution with the principal. When another pupil entered the room and used signs and gestures to the boy, he was transformed by the ‘sudden revelation that there was someone here who talked in a language he could comprehend’. He had been accustomed to people around him talking about him, while keeping him ‘in ignorance’ of what they discussed. Here however were children who could communicate with him and had also experienced his isolation, ‘the sensitiveness, the shame, the loneliness’; the boy burst into tears because he felt he was ‘no longer alone!’.

Principal Benjamin Payne would have been familiar with these feelings of isolation, even though he had not been born deaf, and although the above account in King Silence is tinged with sentimentality, it is nevertheless a recognisable portrayal of discovering one is not alone. Indeed, Benjamin Payne used isolation as a punishment, preferring to forbid pupils from talking to a miscreant for a short while, rather than using corporal punishment. Some institutions beat pupils for using forbidden sign language and some reportedly tied the pupils’ arms to their sides for the same ‘offence’.

In King Silence, Arnold Payne enhances our understanding of the feelings and emotions of deaf children sent away from home in the nineteenth century. For many children, the experience was a positive one which enabled them to befriend and communicate with other deaf children, possibly for the first time.

Lesley Hulonce, ‘”Likely to conduce to the happiness and advantage of the inmates”? Victorian Education for Deaf Children’, Workhouse Tales

Posted by Margaret.Makepeace at 09:00:00 in Arts and crafts , Domestic life , Health , Journeys