Looking a gift horse in the mouth

On 28 May 1742, the British Agent dispatched a gift of cloth and other rich goods to the Sardar (a military commander) of the region around Bandar Abbas. To his great surprise, his gift was politely declined, though with thanks and replaced by a shopping list of goods for the Sardar’s family in Khorasan, with promise of payment. This was very surprising as the Persians were rarely backward in their expectation of gifts and presents. The Persian custom known as Pishkash is a catch-all term for gifts given for political purposes, rather than out of any personal friendship. Often, when these gifts were not forthcoming as expected, they were politely, but firmly requested. This habit was viewed by the Europeans and most especially the British, as a form of taxation and deeply resented by them. The rejection of their gift, far from causing offence, elicited the following response from the Agent, Nathaniel Whitwell:

“This Extraordinary procedure, against the mode of the times, in which an honest, generous Persian is hardly to be found, we being so used to see so much of the reverse…” [IOR/G/29/6 f.216]. 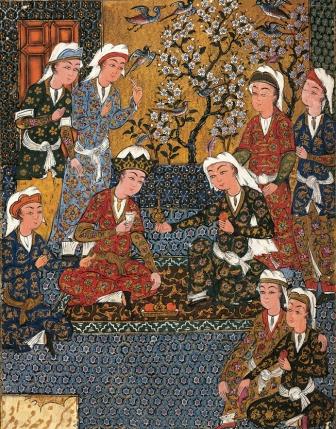 The British were often undermined in their attempts to withhold from this practice of giving ‘presents’ by their European cousins, the Dutch. The Dutch regularly jumped the gun, providing generous presents to Persian officials without prompt [IOR/G/29/6 f.204] or giving unnecessary gifts when they saw favour being given to the British. This happened just after the incident with the Sardar when the Dutch Chief at Bandar Abbas gave 200 toman (nearly £500 of the time) in order to receive a horse from the Governor of Shiraz, who had given the one to the British Agent as a sign of his favour.

The giving of Pishkash was a cause of concern to the Presidency in Bombay, especially as visits by more important officials could incur significant costs to the Company. It was not just the major officials: their retainers, viziers and other staff were also given gifts by the British when their masters received theirs. This was firstly an expectation and secondly a useful tool to gain influential voices within the Royal and regional courts, mostly importantly in Shiraz, the seat of the Governor responsible for the areas in which the majority of British interests lay.

Posted by Margaret.Makepeace at 09:00:00 in Commerce , Money , Politics