From Burnley to Cairo

Herbert Gladstone Booth is commemorated on the roll of honour for British librarians who lost their lives through service in World War One.  He was the first of the librarians on the memorial to die. We tell his story on the 100th anniversary of his death on 30 November 1914. 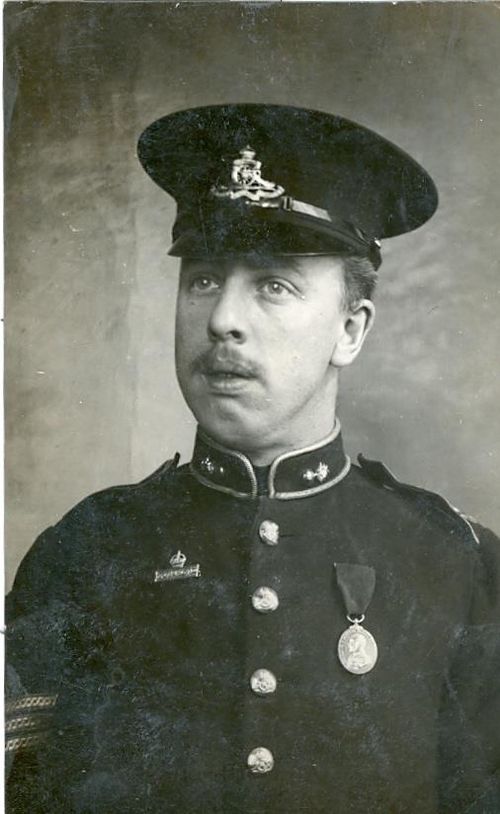 Herbert was born in Burnley Lancashire in 1883, the son of Thomas Booth and his wife Emma née Crossley. Emma was born in South Elmsall in Yorkshire and had worked in Burnley as a domestic servant before her marriage to Thomas in 1877. Both Thomas and Emma were cotton weavers in 1881.  By the time of the 1891 census, Thomas had become a loom overlooker and Emma was still working as a weaver. Herbert aged 8 is shown as a scholar with a one-year old brother Benjamin.  Emma’s sister Lilly Crossley, also a weaver, was living with the family.

In 1897 Emma died aged 39. Thomas married again in 1899 to Frances Pickles and they had a son Thomas James Eric born in 1905. In the 1901 census, Thomas is described as a ‘Librarian Books’ whilst Herbert is a cotton weaver.  Ten years later, Thomas recorded his occupation as a librarian with the Co-operative Society.

Herbert married Martha Ann Aspden in 1906.  Herbert and Martha were living in 1911 at 23 Dial Street Burnley with her mother Margaret Richards.  Their only child had died. Both Margaret and Martha were working as cotton weavers but Herbert had left the mill and had a job as assistant librarian for his father at the Co-operative Society.

When he volunteered for the Army at Blackburn on 3 September 1914 at the age of 31, Herbert was an assistant librarian at the Marshall public library in Burnley. He re-joined the 1st East Lancashire Brigade, Royal Field Artillery, a unit of the Territorial Force in which he had thirteen years’ previous service from 1900-1913. Within days he had been promoted from driver to quartermaster-sergeant, the rank he had held on his retirement in 1913.  His unit was immediately posted to Egypt and he wrote home about the grand sights there. Sadly Herbert died of dysentery at Hospital Citadel in Cairo on 30 November 1914 after being ill for about six weeks. An eerie coincidence was that Herbert’s home address was 9 Cairo Street in Burnley.  The War Office granted his widow Martha a pension of 11s per week.

Herbert’s death was reported at length in both the Burnley Express and Burnley News on 9 December 1914.  He was said to have been well-known and highly respected by local people. His name appears on the Burnley roll of honour for World War One.

Are you working on a World War One project which includes a website? Why don’t you nominate it for the UK web archive? Find out more - Your Web Archive Needs You!

Posted by Margaret.Makepeace at 09:00:00 in Domestic life , Health , Journeys , Work , World War One