Summoned by the Shah

On 24 September 1746, Nadir Shah of Persia sent out a summons via the East India Company for a European and Armenian doctor to be sent to attend him at his army’s camp.  On being sent out to find such a man, Nadir Shah’s messengers found Jean Jacob, the Company’s Armenian linguist for the factory at Isfahan.  Though this man was not a doctor himself, he was deemed to fulfil all the Shah’s requirements, being an Armenian with a European father who had happened to be a doctor.  So far, so good.  While this man was preparing to travel to Nadir Shah’s camp, word was sent from Gombroon [Bandar Abbas], where the Company’s main factory was situated, that should the linguist not return, they would happily send their own linguist to replace him.  This cannot have filled the unfortunate man with much confidence of his chances with the notoriously bloodthirsty Shah, whose health had been reported as poor for some time. 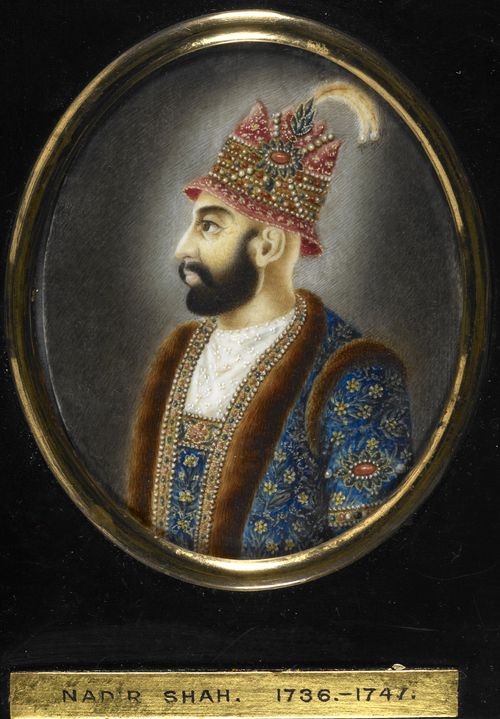 On Tuesday 28 October we are told that the linguist survived his trip to the camp, even enjoying sumptuous accommodation in a richly appointed tent near to the Shah, a place of considerable honour.   Servants were ordered to attend on him and the Shah 'favourably received' him.   Jean Jacob, after such treatment and being aware of the Shah’s ill health and the precarious position any ‘treatment’ he might prescribe might place him in, was no doubt shocked and relieved to hear what the Shah had summoned him for…
'…all the enquiry he made was to know the quantity and quality of spirituous liquors proper for him to drink and what manner we used them…'.

The stunned linguist is reported to have answered to the best of his ability and to have thereafter simply have been dismissed, no doubt to his considerable relief.

Further requests were made by Nadir Shah for European doctors, both to the British and to the Dutch establishments in Persia.   He was murdered by his own soldiers a year later, killing two of them after being surprised in his tent. His health seems to have been the least of his worries in the last year of his life.

Posted by Margaret.Makepeace at 09:00:00 in Health , Journeys , Politics