The Sinking of Old Sarum

On 7 July 1743 news reached Nathaniel Whitwell, the East India Company Agent at Bandar Abbas, of two British ships, the Augusta and the Old Sarum, having been run aground by their native pilots at Bushehr. The Agent was informed that the Augusta escaped from this in good order, but the Old Sarum had been irreparably damaged, the weight of the ship breaking its keel against the hard sand bank. Christopher Cradock, the supercargo of the ship had left for Bushehr, leaving orders with the captain to unload any goods and stores on board her and then to burn the hull, rather than allowing the Persians to salvage it without paying for it. Cradock requested that the Agent complain on his behalf to the Persian authorities against both the pilots and an Arab Sheikh, who, while the ship was stranded on the sand, had attempted to seize her and take her cargo and stores. 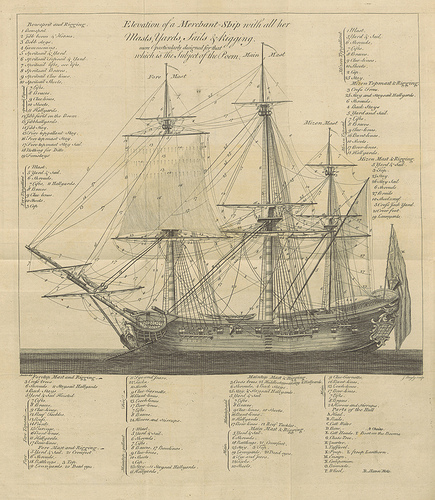 The next report on this issue comes from 12 July 1743 when the captain wrote to Whitwell that the Persian governor at Bushehr would pay 11,000 rupees to purchase the hull and naval stores (powder, cannon etc.). The captain was told that the governor’s ‘bill’ would be discharged by Mohammed Taqi Khan, the Begler-Begi of Fars, who was currently leading a campaign in Oman. This 'bill' turned out to be nothing more than a letter to Mohammed Taqi Khan saying that the hull and stores of the Old Sarum were worth 11,000 rupees and requesting permission to seize them in the name of the Shah. Discovering this deception, Whitwell wrote to Mohammed Taqi Khan, revealing the trick played on the captain and the bad faith of the governor of Bushehr and the attack made by the Arab Sheikh.

Mohammed Taqi Khan replied that he would allow Whitwell, as Agent, to decide what should best be done with the Old Sarum but that in return for this favour he would expect a present (Pishkash), ordering also that the guilty pilot be sent directly to him and giving orders to suitably chastise the erstwhile Sheikh. Whitwell agreed to this demand, turning the situation to his advantage by allowing the stores of the ship to be sold, along with the undamaged timber from the hull, charging all of this to the account of Mohammed Taqi Khan.

This episode is a fascinating glimpse into the world of the East India Company’s servants in a remote and often hostile environment, balancing the necessities of maintaining a profitable trade, the safety of British ships, goods and people and the delicate art of negotiating with the Persian hierarchy.