In the last of this series on William Henry Fox Talbot (1800-1877), I look at his development of photoglyphic engraving the forerunner of what we today know as photogravure. The photogravure process involves the printing of a photographic image onto paper with ink using a plate onto which the image has been etched.

Talbot started his photoglyphic experiments primarily because he wanted to produce a photographic image which was not subject to fading as sometimes happened with his Calotype photographs. There had already been limited experiments with printing photographic images. As early as 1826, the Frenchman, Nicéphore (Joseph) Niépce (1765-1833) developed a process called héliogravure and there were some attempts to use Daguerreotype plates, the work of Hippolyte Fizeau (1819-1896) in particular being noteworthy. In both cases the results were extremely variable. The primary problem with reproducing a photograph as a printed image was the reliable reproduction of the intermediate tonal areas on the plate (known as halftones). In order to overcome the technical issues Talbot initially sought advice from master-engraver George Barclay (b. 1802) and in later years received advice from Thomas Brooker (1813-1885) and William Banks (b. 1809). 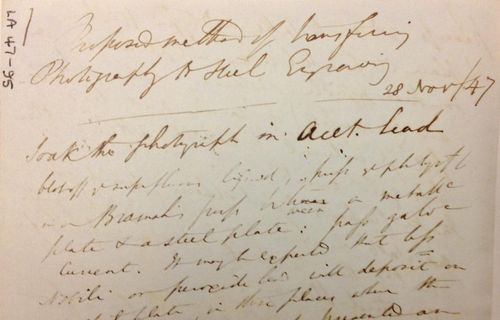 Talbot developed his process gradually taking out two patents, for photographic engraving (1852), and photoglyphic engraving (1858). It was this second patent that established the basis for photogravure. Talbot’s innovations included the use of potassium bichromate sensitized gelatin for fixing the photographic image to the plate and perhaps more importantly the use of a screen to enable the accurate reproduction of the halftone areas within an image. Both of these innovations are still used in non-digital reprographics today.

After encouragement from the editor William Crookes (1832-1921), Talbot allowed a series of his photoglyphic engravings to be published in Photographic News (22 October, 1858) although he used images by the French photographers Soulier and Clouzard, rather than his own. This increased public awareness of the process and drew praise from many people including Prince Albert (1819-1861). Talbot was asked to exhibit his work and won medals at the 1862 International Exhibition of London and at the 1865 Berlin International Photographic Exhibition. 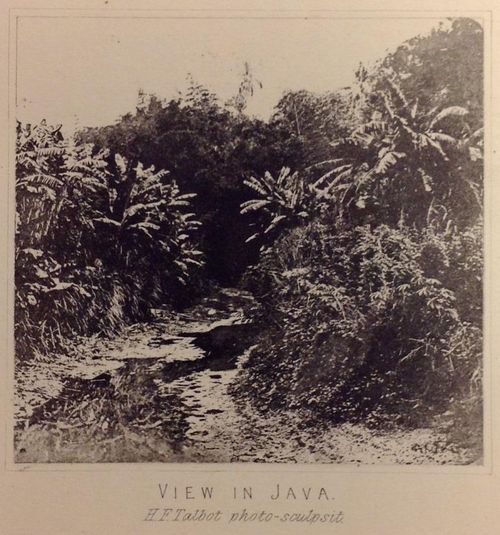 One of two of Talbot’s photoglyphic engravings published posthumously in the second edition of Gaston Tissandier’s A History and Handbook of Photography (Sampson Low, Marston, Searle, & Rivington, 1878). (Add MS 88942/3/1/21).

Unfortunately like many of his other ideas Talbot failed to develop photoglyphic engraving into a business and from 1865 he increasingly turned his attentions to Assyriology and mathematics instead. However Talbot’s work was instrumental in the development of the modern photogravure process, perfected by Karl Klíč in 1879 and still known to this day as the Talbot-Klič process. 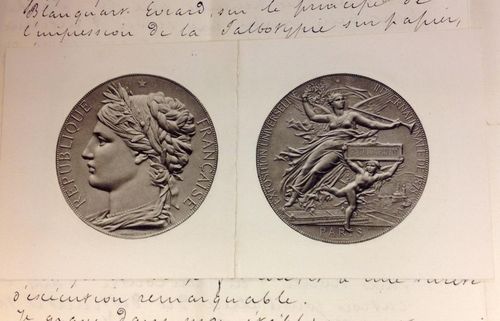 Part of a letter, with examples of photoglyphic engraving, sent by Paul Dujardin to Charles Henry Talbot (William Henry Fox Talbot’s son) in 1880. In his letter Dujardin praises Talbot’s process as superior to others and laments the fact that his name is not more widely known. (Add MS 88942/2/173).

Posted by Margaret.Makepeace at 09:00:00 in Arts and crafts , Innovation , Science and environment