How to ship your elephant

In the India Office Records there is an interesting story concerning the best way to transport an elephant from India. This strange event was brought about by the death in 1734 of the Persian Ambassador to the Mughals, Mahmud Ali Beg. The Ambassador and his retinue had journeyed to Mughal India in 1732 aboard ships provided by the East India Company at the request of Shah Tahmasp II and his famous deputy Tahmasp Qoli Khan (better known by his regnal title of Nader Shah). The Company had been asked, on news of the Ambassador’s death reaching Persia, to transport two agents, Safi Khan Beg and Mahmud Siah Beg, to retrieve his body and effects. This request was granted by the Company after some wrangling concerning contrary winds and the seeming unwillingness of the agents to leave terra firma. The agents asked the Company to put them on a ship, sail for a couple of days, and then return with reports of contrary weather. Fearing a trick, the Company refused to be part of their deception.

The next we hear about this journey comes from July 1735, when the Company records give an explanation of the issues connected with the return of the embassy’s remaining members and accoutrements. The overriding problem seems to have been elephants. Somewhere on their journey, the embassy had been given or had procured four elephants.  The Company explained that their ships’ decks were much too low to admit such beasts and therefore they could not give instructions for their shipment. 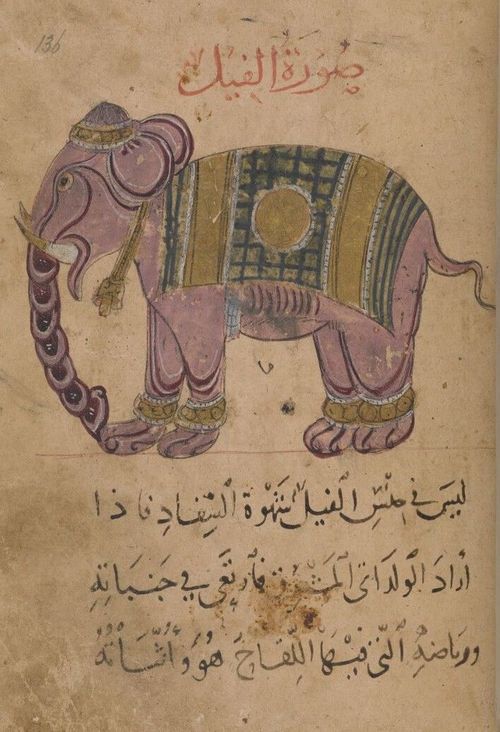 So, if you’re intending to send an elephant to someone by sea, this is what the East India Company advises… “…Such creatures being always transported in Open Vessells, which were filled with their water and provisions, so that they [the Persians] must hire Dingeys [Dinghies] there to bring them…”  .