This week the 50th anniversary of the death of Winston Churchill is being commemorated.  There has been a flood of articles analysing his role in British history.  Untold Lives would like to highlight three little-known files in the India Office Records which show Mr Churchill’s generosity to men who had been his servants when he was a young officer in the British Army.

Churchill sailed for India with his regiment, the Queen’s Own Hussars, in October 1896.  He was stationed initially at Bangalore. In July 1943 the India Office set its administrative wheels in motion on behalf of Prime Minster Churchill who wished to send a personal gift of 100 rupees to his former servant Mr S Joshua. Mr Joshua was an inmate of the Friend-in-Need Society’s home in Bangalore.  Officials in London and India liaised to transfer the money through the Resident in Mysore to Mr Joshua after he had shown proof of his identity.  Churchill conveyed his thanks from Quebec where he was attending an Allied conference. He sent a cheque for £9 6s 9d made out to ‘Accountant-General India Office’ to cover to cost of the gift and a telegram to India. 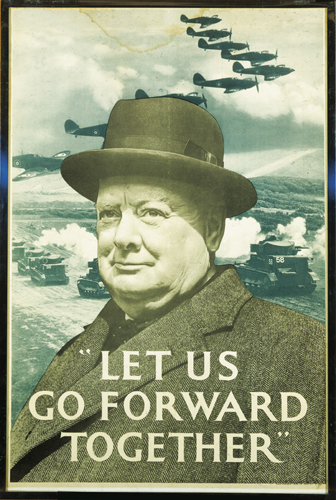 Mr P Muniswamy wrote a letter to Churchill from Bangalore in December 1946 and again in May 1947 after he heard about the 100 rupees sent to Mr Joshua.  He claimed to be an ‘old old Servant’ who had worked for Churchill when he was stationed in India.  Churchill thought that he did remember a servant of that name some 50 years earlier and asked the Private Secretary to the Maharaja of Mysore to help investigate Mr Muniswamy’s character and circumstances so that he could judge whether or not to send him a gift of money.  Information was gathered locally and sent to England. Mr Muniswamy was about 68 years of age and bore a good character. He was earning 40 rupees a month as a bearer in the officers’ mess of Queen Victoria's Own Madras Sappers and Miners but likely to be discharged in August 1947 when the British officers left Bangalore. His five children were grown-up and his wife was his only dependant.  The three sons were prepared to help their parents financially but Mr Muniswamy ‘wanted a gift from his old master for personal requirements’. Churchill sent a cheque for £5. In December 1948 Churchill received a letter from M A Ranookapathy whose father K M Anthimoolum had been Churchill’s dressing boy and butler. Churchill asked the Commonwealth Relations Office to ensure that a letter in reply reached Mr Ranookapathy safely and forwarded a cheque for £5.  Arrangements were made for the money to be paid into Mr Ranookapathy’s savings account in Bombay.

Perhaps the most remarkable aspect of this story is the personal attention given by Winston Churchill to his former servants in India.   He took time to ensure the gifts reached the intended recipients even when he was carrying the burden of being Prime Minister of a nation at war.