6 January is the twelfth day after Christmas when the festival of the Epiphany is celebrated in the Christian Church.  Twelfth Day used to be a day of great merrymaking marking the end of Christmas festivities.

One custom on 6 January was the eating of ‘Twelfth Cake’.  As late as 1930 the Yorkshire Post was advising its readers that the Twelfth Cake should be made from a rich fruit mixture and that it was essential that the cake should contain a bean or a silver penny or charm.  The lucky finder was crowned ‘King of the Bean’ for the day.

Pastry cooks in 19th century London vied for custom on Twelfth Day with sumptuous displays of cakes of all sizes and prices.  Cakes were elaborately decorated with a vast variety of white sugar shapes: stars, castles, dragons, fish, lions, milk-maids, knights, and serpents.  Pavements in front of confectioners’ shops were thronged with customers and onlookers.

Such are the scenes, that, at the front and side
Of the Twelfth-cake-shops, scatter wild dismay;
As up the slipp'ry curb, or pavement wide,
We seek the pastrycooks, to keep Twelfth-day;
While ladies stand aghast, in speechless trance,
Look round – dare not go back – and yet dare not advance.

London boys made their sport on Twelfth Day by nailing the coat tails of spectators to the bottom of the shop window frames or pinning people together by their clothes. 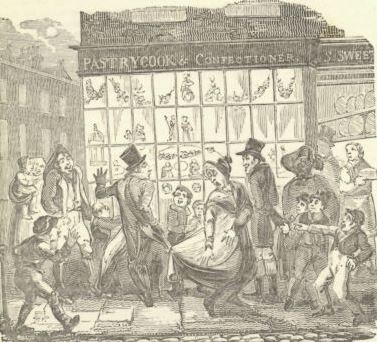 The tradition of the Twelfth Cake lives on at London’s Theatre Royal Drury Lane where the Baddeley Cake ceremony takes place every year on 6 January. Actor Robert Baddeley who died in 1794 made a bequest in his will that the interest on £100 in 3% consolidated bank annuities was to be used each year to purchase a Twelfth Cake with wine and punch. The ladies and gentlemen of Drury Lane Theatre were to enjoy these in the Green Room. 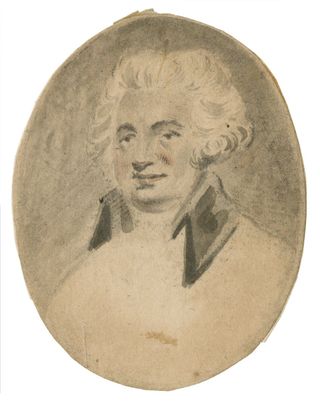 By the l880s the annual ceremony had evolved somewhat from the gathering envisaged by Robert Baddeley.  The London Daily News of 8 January 1884 reported that there were about 1,000 people present at that year’s celebration as it had become the custom to invite almost everyone of note connected with the theatrical profession in London.  Indeed the money available from the bequest could meet only a small part of the total cost of the event. At the end of the pantomime performance, two gigantic pink and white cakes each measuring six feet in diameter were placed on the stage. The Master of the Drury Lane Fund made ’a vigorous onslaught upon the cake, which however proved difficult to grapple with, and it was only when he had braced himself up for a second attempt that the operator was able to cut it into slices for distribution’.  Basketfuls of cake were handed round the theatre together with ‘other refreshments of a less solid kind’.