An English Convert to Islam in Kuwait

In June 1907, an Englishman named Gabriel Joseph Edmund Trevor Guays arrived at the British Political Agency in Kuwait and declared his intention to travel to Riyadh in the centre of the Arabian Peninsula in order to improve his Arabic. Guays claimed to have converted to Islam two and a half years previously in Rangoon and to have adopted the ‘Muhammadan’ name, Haji Abdur Rahman, the ‘Haji’ signifying that Guays had made the hajj to Mecca. He had been Assistant Manager of a mining syndicate in Gujarat before departing for Kuwait. 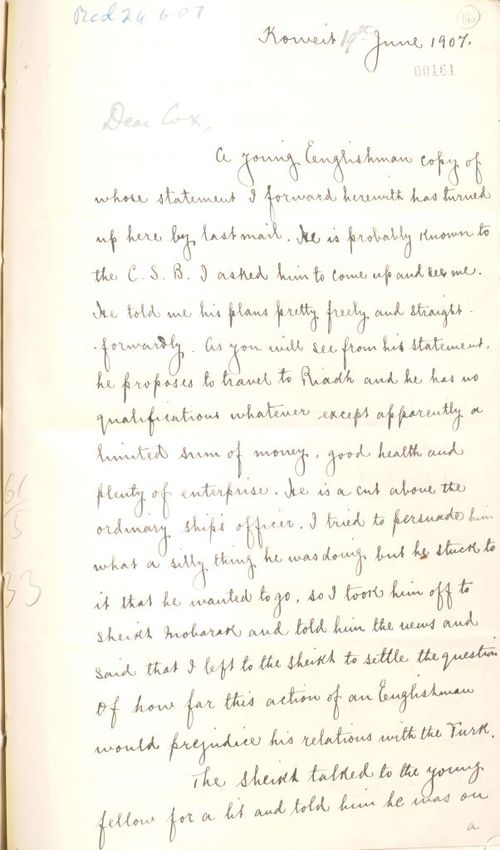 At this time, central Arabia was in a tumultuous state due to the conflict between the Emirate of Ha’il and the newly-formed Emirate of Riyadh of the Al Saud. A British subject entering Al Saud territory could easily be suspected of espionage, complicating the British Government’s relationship with Ibn Saud. 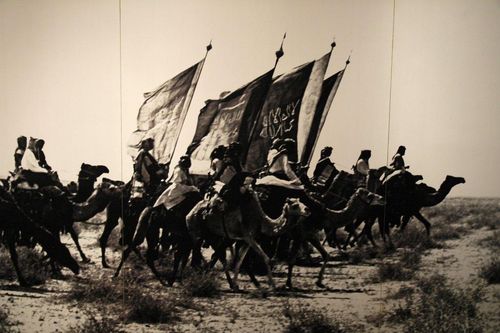 Stuart George Knox, British Political Agent in Kuwait, reported the incident to his superior, Percy Zachariah Cox, the British Political Resident in the Persian Gulf:  Guays had “no qualifications whatsoever, except apparently a limited sum of money, good health and plenty of enterprise”. Knox had “tried to persuade him what a silly thing he was doing” but Guays had remained undeterred. Knox took Guays to talk to the ruler of Kuwait, Shaikh Mubarak Al Sabah, who informed Guays that he was on a “mighty risky venture” and he would be wise to “sit in Koweit [Kuwait] until the extreme heat wore off, perfect his Arabic and think over his plan”. Guays responded that he did not have sufficient funds for this, so Shaikh Mubarak offered to write a letter to Ibn Saud. Knox also agreed to write a letter making it clear that Guays “was not in any shape or form deputed by [the British] Government”. 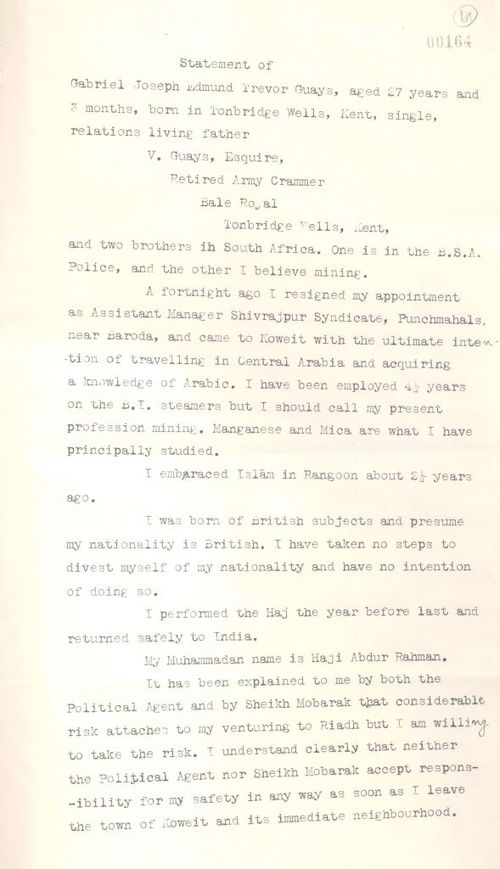 Knox concluded his letter to Cox by questioning how sincere Guays’ religious faith was, stating “I think his Islam sits lightly on him. There is something a little incongruous in a Muhammadan being interested in the Derby list [the list of horses participating in the Derby horse race]”.

Cox rebuked Knox for his actions, finding it difficult to reconcile Knox’s diary entry (“The general impression among the Arabs is that he is an English spy and that Islam is a pretence”) with his actions of introducing Guays to Shaikh Mubarak and offering to write a letter to Ibn Saud.  Although Cox had “every personal sympathy” with Guay’s “enterprising aspiration” he had embarked upon it at an “inopportune juncture”. If Guays was likely to attempt to continue on to Riyadh, Knox would be “well-advised to arrange that he receives an unmistakeable hint from Sheikh Mubarek to leave by the next British India steamer”. 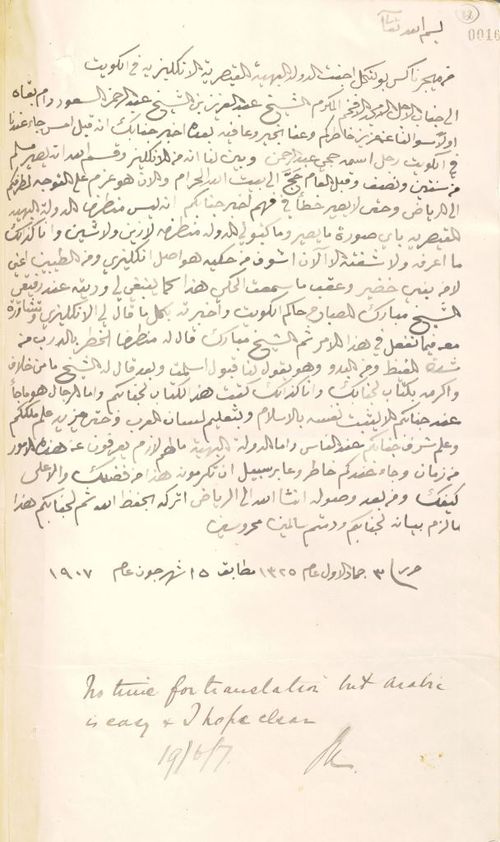 Knox apologised to Cox for his “error of judgement”. He had told Guays that if he persisted with his plan Knox would inform Shaikh Mubarak that the British Government objected and “expected that he would use every means in his powers to prevent it”. Guays “grudgingly” gave Knox his word that he would not follow through and would inform Knox when he was leaving Kuwait. The papers do not record what Guays did next.

Exploration of central Arabia by government employees such as Bertram Thomas or William Shakespear was welcomed as it was understood that they would act in Britain’s interests and that any knowledge gained in their endeavours would be put to service of the empire. Guays was an unknown entity and it is unlikely that he ever made it to Riyadh.

Posted by Margaret.Makepeace at 09:00:00 in Journeys , Politics , Qatar , Religion