Mary English’s life and character can vividly be brought to life through her surviving letters. Born Mary Ballard, the daughter of a dockworker in Faversham, Kent in 1789 little is known about Mary’s early life until she married James Delaney or Delancy in 1809 and had a daughter, Eliza a year later. She separated from Delaney and married James Towers English in January 1819, declaring herself as a widow.

James English was a newly appointed general charged with raising mercenaries for Simon Bolivar who was fighting for independence from Spanish colonial rule in South America. The couple soon left for Venezuela leaving Eliza behind in the care of Mary’s friends. Sadly James English died a few months later in September but Mary stayed in South America for a further three years working for the firm Herring and Richardson.

Mary returned to England in 1822 and visited her daughter Eliza. She was paid £2000 for services to Herring and Richardson and was appointed as their Colombian representative.  In six months she was on her way back with a cargo of goods to sell. On parting from her daughter she records in her diary that:

‘To say that my heart was bursting would ill express the agony I suffered in separation from my friends, my country and beloved Eliza’.

On her return Mary became a central part of the social scene of Bogotá and many men aspired for her hand in marriage. She also had a keen interest in the politics of the time and was a strong supporter of Simon Bolivar. In a letter from 30th June 1828 she believed that ‘The result is pretty certain. Bolivar will be declared Dictator throughout the country’. 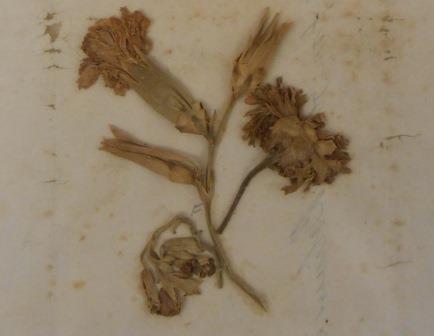 In 1827 Mary married William Greenup and they bought an estate in order to produce cacao for export. This took her away from society and into the countryside. She was left even more isolated when William returned to England in 1828. He did not return for ten years.  In a letter from December 1829 she records that ‘I am now quite alone…I have often passed the night without other company in the house than the cook. To me this is indifferent as I am not fearful’.

The letters of Mary English are now available to view at the British Library (Add MS 89075). They reveal her experiences in South America as an adventurer and as a businesswoman.

Posted by Margaret.Makepeace at 09:00:00 in Commerce , Journeys , Politics , Work