It’s that time of year again, when our friends and colleagues trade coughs and sneezes, and give advice on the best ways to banish them or keep them at bay. Whilst cataloguing the Medical Proceedings of the Government of India as part of the IOMA project I’ve found that the Indian Medical Service were also inundated with information on “miracle cures” and “proven treatments” on a regular basis.

These were received for a range of maladies – dysentery, cholera, plague – but the subject that received the most attention was snakebite. Remedies and prophylactics against snake venoms were sent in by doctors and laymen alike, and a large number were dutifully tested by members of the Medical Service.

In one instance the King of Siam sent his own remedy to be tested:

“The remedy received consisted of two small pieces of a root of a tree with a slightly aromatic odour. The only instructions sent with it were the following: A small quantity of the root to be grated and given to the patient in a liqueur glass of brandy and a little to be applied externally to the wound. Should brandy not be available, tobacco water to be used”.
(Government of India Medical Proceedings, IOR/P/1005 Feb 1877 nos 10-11.)

Unfortunately the results were not positive. 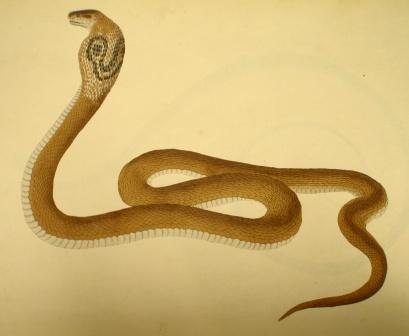 Coluber naja, from Patrick Russell, An Account of Indian serpents collected on the coast of Coromandel (London: 1796-1809)

Other treatments tested by the Indian Medical Service included ammonia, a preparation made with the seeds of the Impatiens fulva, and even (carefully-measured) doses of strychnine. You can read more about this treatment in the following publication by A Mueller, On Snake Poison. Its action and antidote (1893), digitised as part of the Medical Heritage Library. 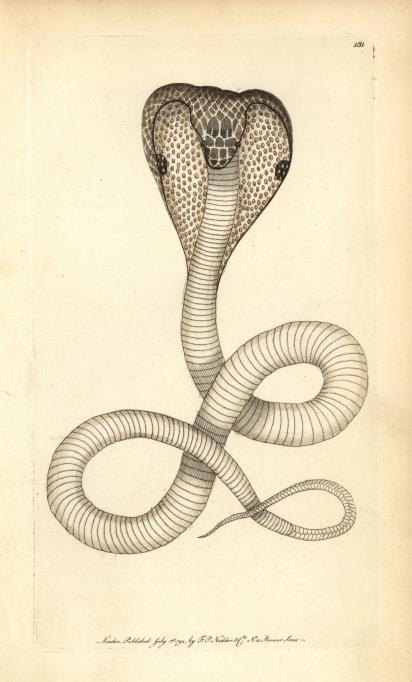 In 1895 an anti-venomous serum was developed by Albert Calmette at the Pasteur Institute Lille, and was subject to widespread testing in Indian laboratories. In one instance a rushed experiment had to be conducted after IMS officer George Lamb was bitten whilst trying to extract venom from a cobra. Lamb lived to conduct further laboratory work, and the published report on the incident contained the following piece of timeless practical advice:

Posted by Margaret.Makepeace at 09:00:00 in Health , Innovation , Science and environment