Today we help you to discover the identity of your true love by sharing some old St Valentine's Day customs gleaned from the British Library collections.

On the night before Valentine’s Day, take five bay leaves, pin four of them to the corners of your pillow, and the fifth to the middle. If you dream of your sweetheart, you will be married before the year is over. To stimulate dreams, hard boil an egg, take out the yolk, and fill the egg with salt.  When you go to bed, eat the egg, shell included.  Do not speak or drink afterwards.

Write your admirers’ names on pieces of paper, roll them up in clay, and put them into water.  The first name to rise to the surface is your Valentine. 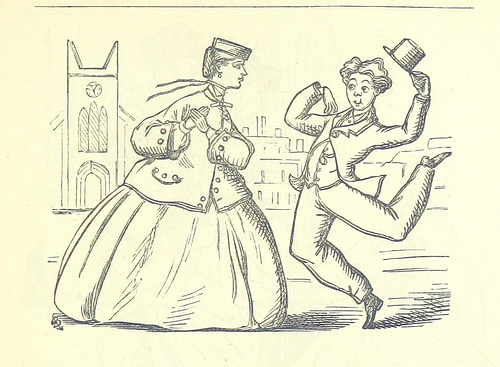 In Devon, girls gathered in the church porch on Valentine’s Eve waiting until the clock struck twelve.  They then slowly returned home, scattering hempseed and reciting:

Hempseed I sow, hempseed  I mow,
He that will my true love be
Come rake this hempseed after me

It was said that the girl would then see the form of her intended husband walking behind her. In Derbyshire this apparition was conjured up if a woman ran around the church twelve times without stopping.

Some places, including London, held that a lad’s Valentine was the first lass he saw on the morning of Valentine’s Day who was not of his own household.  A lass took as her Valentine the first youth she saw. 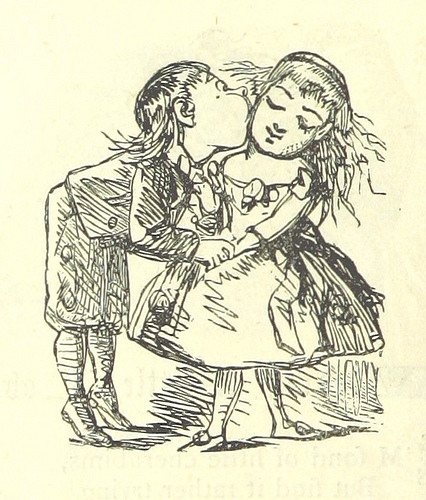 A custom in the west of England was for three single young men to go out together before dawn on St Valentine’s Day to catch an old owl and two sparrows in a neighbour’s barn. The birds were supposed to be symbolic of wisdom presiding over love.  If successful and able to bring the birds uninjured to the inn before the females of the household had risen, the lads were rewarded in honour of St Valentine with three pots of purl, a drink of hot beer mixed with gin.

Children in Hertfordshire went to the home of chief person in the village who threw them a bundle of wreaths and lovers’ knots.  The children then marched these around the village, stopping at houses to sing:

Presumably some sort of treat or reward was given in return for the serenade.

At one village in Kent the girls assembled an ‘ivy girl’ and the boys a ‘holly boy’. Each group then stole the other’s effigy and burned them in separate parts of the village with ‘acclamations, huzzas, and other noise’.  Local people could offer no explanation– it had been a part of village life as long as anyone could remember.

The North Wales Chronicle ran an article in February 1861 describing some of the strange customs connected with St Valentine’s Day.  The newspaper stated that the annual celebrations were to be welcomed because the mass manufacture of Valentine cards gave employment to hundreds of women and children.