In late December 1829 the Shah of Persia arrived with an army outside the walls of the city of Shiraz, his intention being to collect around 280,000 Tomans (some £21 million in present-day terms) in tax and provisions from Ḥosayn-ʿAlī Mīrzā, the Prince Governor of Fars. 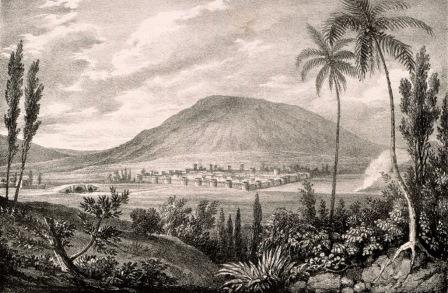 Shiraz. From: James Edward Alexander, Travels from India to England : comprehending a visit to the Burman Empire, and a journey through Persia, Asia Minor, European Turkey, &c., in the years 1825-26 (London, 1827). Available on the Qatar Digital Library

Britain’s Agent at Shiraz, Mīrzā ʿAlī Akbar, reported directly to the Resident in the Gulf in Bushire. In a series of letters he reported the Shah’s arrival at Shiraz in vivid detail, describing how the Prince Governor had ordered the city’s gardens and citadel to be cleared for the Shah’s reception, and the illumination of the bazaar for three nights. 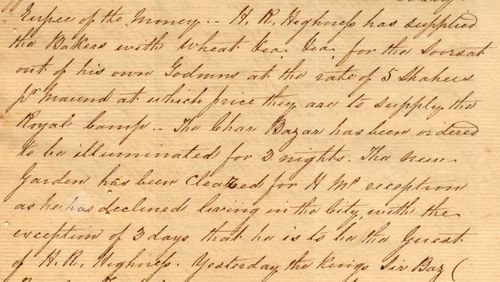 On December 30 the Shah arrived, and over the course of the next five days collected 200,000 Tomans, mostly through ‘advances from the merchants and the gold ornaments, jewels and shawls of His Royal Highness [Ḥosayn-ʿAlī Mīrzā] and wives’. As the days went on, the demands for payment were unrelenting, and Ḥosayn-ʿAlī Mīrzā became increasingly desperate. ‘Under the form of a loan [he] takes money from everyone he can,’ wrote Mīrzā ʿAlī Akbar. The demands made by the collectors became increasingly preposterous. ‘Yesterday they took an additional 1,000 Tomans from His Royal Highness to purchase materials for dying His Majesty’s beard’ and ‘[Ḥosayn-ʿAlī Mīrzā] has to play at draughts every night with the Shah […] One evening he lost as much as 400 Tomans’. 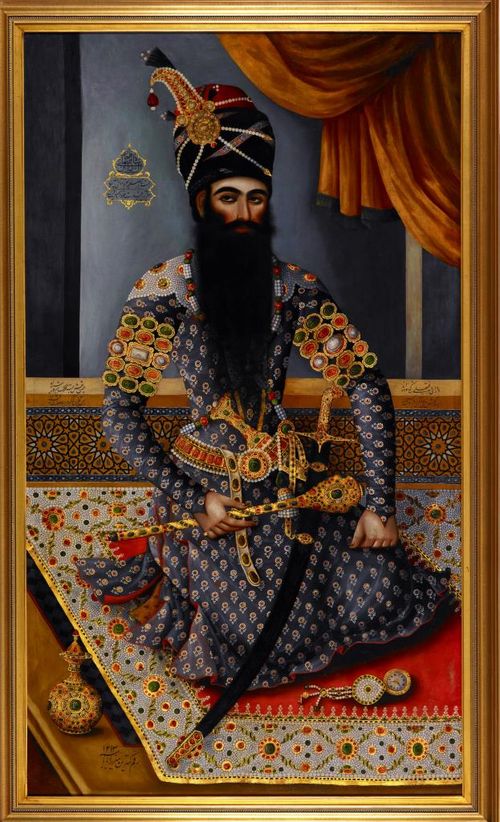 Meanwhile, in the streets and surrounding countryside, the Shah’s army had to keep themselves fed, housed and occupied. The supply and price of provisions were severely affected: ‘barley and straw are only to be got by force’ and ‘meat is very scarce and dear’. Meanwhile, the visitors sat about and amused themselves with ‘bear baiting, bullfighting, tiger fighting, spear playing and wrestling’.

The reasons underlying the Shah’s demands are not specified in Mīrzā ʿAlī Akbar’s reports, though the British Agent did note that he had learnt from a ‘confidential person’ that the Shah and the Crown Prince Abbas Mīrzā wanted to ‘reduce the power of the Prince of Fars’. Another likely reason is the Shah’s need to raise funds to pay off the huge indemnity of twenty million silver roubles (there were roughly six roubles to the pound at the time, equating to approximately £130 million in present-day terms) demanded by the Russian Government under the terms of the 1828 Treaty of Turkmanchai.