‘A smack at the Chikor’

Wading through the seemingly endless procession of official letters, telegrams and Government notices that fill the subject files of Britain’s Political Agencies in the Persian Gulf, the occasional discovery of a demi-official letter can bring light relief. Like a glimmer of gold in a black seam of coal, they’re capable of cutting through the relentless monotony of imperial bureaucracy to reveal refreshing insights into life in British India. 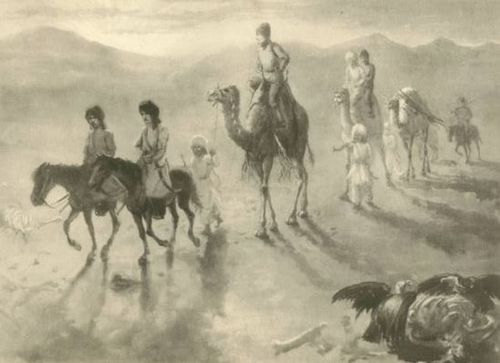 Desert sunrise - Illustration by Herbert Walker from Harry De Windt, A ride to India across Persia and Baluchistan (1891)

It only needs a sentence or two. For example these found at the end of a letter (demi-official, still marked confidential) sent by Oliver St John, Political Agent at Sibi in Pakistan (formerly in British Baluchistan), to his colleague, Hugh Weightman, Political Agent at Bahrain, dated 26 January 1940. The letter refers to the prospect of recruiting Baluchis to form a wartime security force in Bahrain, but it is the last paragraph of the letter that provokes a smile and piques curiosity:

With the help of The Imperial Gazetteer of India and a copy of the Hobson-Jobson Anglo-Indian Dictionary, St John’s letter can be deciphered. The Sibi week to which he refers is the annual festival held in Sibi each February (the Sibi Mela, still held today), which stems from a tradition dating back to the fifteenth century, in which Baluchi tribes from across the region converged on the town. The main features of the modern incarnation of this event were the cattle and horse fairs, to which it was reported that some 1,800 horses were brought.

The Wam Tangi to which St John appears desperate to escape to in order to avoid the ‘horrors’ of the Sibi fairs, is a river flowing amongst the forests and mountains north of Sibi. And the Chikor he hopes to ‘smack’ is the name given to an Indian partridge that, as with so many other wild animals of the Indian subcontinent, the British tried their best to hunt into oblivion. 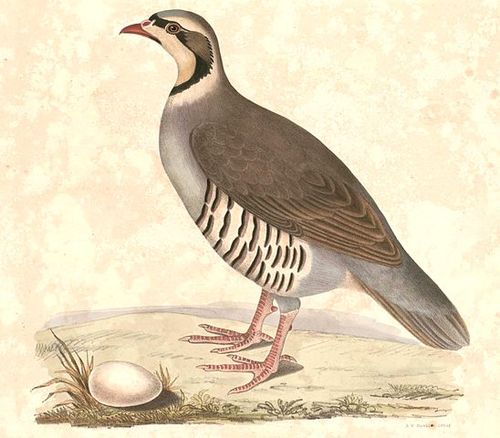 Thus, in the sign-off to a single letter, the rather stereotypical attitude of the British colonial administrator in India – demonstrating not only his dislike of local custom but also his disdain for the local fauna – is succinctly presented.

Posted by Margaret.Makepeace at 09:00:00 in Journeys , Leisure , Qatar , Science and environment