Librarians who died at Gallipoli

On the First World War memorial at the British Library are the names of two Australian librarians who died at Gallipoli in 1915: Sylvester Sydney Day and Samuel Douglas Johnstone Figgis.

Sylvester Sydney Day worked at the Public Library of South Australia in Adelaide.  He married Rosalind Mary Robertson in 1910 and they had two children: Robert Sydney born in 1911 and Patricia Florence born in 1914. Day joined up on 11 September 1914 at the age of 27. His colleagues at the Library organised a party before he left as a mark of their admiration of his volunteering to fight. ‘For he’s a jolly good fellow’ was sung, and Day was presented with a plum pudding, a wrist watch, pipes in a case, and a purse of sovereigns. Whilst on active service, the Library paid him a weekly salary of £1. 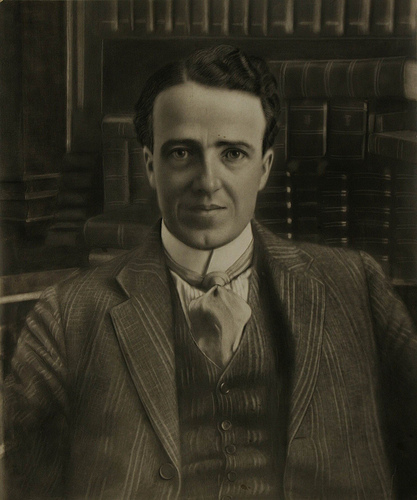 Day served as a Lance Corporal with the 16th Infantry Battalion of the Australian Imperial Force. His unit embarked from Melbourne on board His Majesty's Australian Transport Ceramic on 22 December 1914, arriving in Egypt in early February 1915. His battalion became part of the 4th Brigade which landed at Gallipoli in Turkey on 25 April. They faced constant action, with many men lost through sniper fire. Day was killed on the night of 2 May when his battalion was fighting and digging trenches under attack from the enemy.  His name is recorded on the Lone Pine Memorial at Gallipoli which commemorates the Australians and New Zealanders who have no known grave or who were buried at sea after being evacuated because of wounds or disease. Colleagues at the Library in Adelaide hung up a photograph of Day and draped a Union flag over it every year on the anniversary of his death.

Samuel Douglas Johnstone Figgis was the son of Arthur Johnstone Figgis and Ada Jane Figgis of Canterbury Victoria. He joined the Public Library of Victoria in Melbourne as a Library Assistant in August 1914 aged 19, but he was also a trained machine gunner having served for two years in the Citizen Military Forces at Kooyong.  On 13 March 1915 he enlisted in the 5th Battalion of the Australian Imperial Force. His unit sailed from Sydney on HMAT Ceramic on 25 June 1915 for service in Egypt and Turkey as part of 6th Reinforcements. Figgis died on 10 August 1915 of shell wounds to his neck sustained in action and was buried on the same day at Beach Cemetery Gallipoli.  It was his 20th birthday.

Some months later Samuel Figgis’s personal effects were sent to his father from Egpyt in two brown paper parcels: a purse, three coins, a gold ring, a watch, a badge, keys, a whistle, scissors, a knife, three wallets, a diary, a booklet, letters and postcards, and, perhaps most poignantly, a school badge.