Do the names Michael Renshaw, Robert Ferns Waller, Ethel Ford, and Barbara Coombs mean anything to you?  If not, then you might be surprised to learn that the likes of Cecil Beaton, Clarissa and Anthony Eden, Ann Fleming (wife of Ian), T.S. Eliot, Henry James, and Ivon Hitchens were their friends and regular correspondents.  Four recently catalogued collections amongst the Library’s western manuscripts suggest that, at least in the early and mid-20th century, famous people did not mix only with other famous people.  So who were these less than household names, and how did they come to have such celebrated friends? 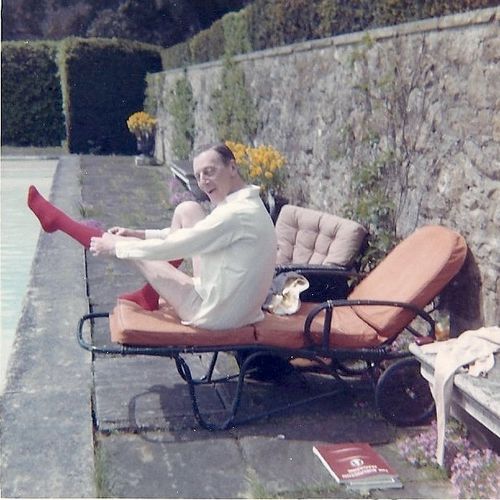 Michael Renshaw, by the pool al Leeds Castle, late 1960s/early 1970s. Published with the permission of the Trustees of the Leeds Castle Foundation and Anthony Russell.

Renshaw was, for want of a better phrase, a society figure.  He did have a day job, advertising director of The Sunday Times, but he spent most of his time mixing with high society and going to, and hosting, fabulous parties.  His correspondence is a ‘who’s who’ of the arts, fashion, politics, and the aristocracy.  The letters he received from his famous friends are a rich source of information about their writers.  They also give fascinating insights into life during, and just after, World War II in England and north-west Europe, the Cyprus crisis, and British politics and society in the turbulent 1970s. 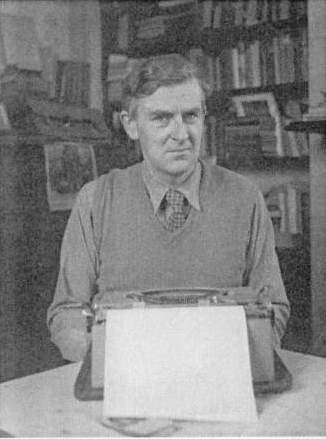 Robert Waller, mid-1950s. Published with the permission of Anne Baillie.

Waller was a BBC radio producer, poet, and an early leader of the environmental movement.  He was the private secretary to the literary reviewer and critic Desmond MacCarthy, a role which introduced Waller to a wide literary circle.  Within this circle was T.S. Eliot, who, over 20 years, wrote to Waller with advice on literary and personal matters. 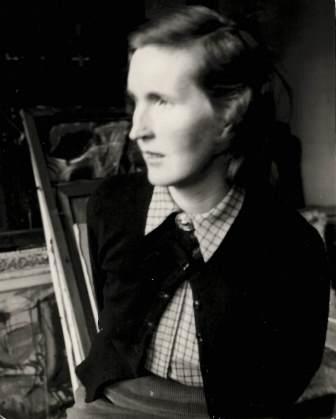 Barbara Coombs, photographed by Ivon Hitchens, circa 1950. Published with the permission of Jonathan Clark Fine Art.

Coombs’s entré into artistic circles came about by the accident of birth.  Her eldest brother was Frank Coombs, painter, and manager of the Storran Gallery with Eardley Knollys.  Although Frank died in World War II it can be assumed that his connection with the art world was the source of Barbara's long friendship with Hitchens, with whom she corresponded for 30 years.  Coombs sat for Hitchens; photographs of his portraits are in her papers, along with photographs, by Hitchens, of Coombs and Mollie, Hitchens’s wife.

Ford met Henry James by way of a different type of coincidence.  In 1907, she and her husband, Francis, who had played cricket for England, bought a Georgian farmhouse in Wittersham, six miles from Rye, where James was living.  The Fords and James became acquainted through a mutual friend, an architect who advised both parties on renovations and alterations to their homes.  This chance encounter led to an eight year correspondence in which James writes of family and friends (particularly the du Mauriers), health matters, and daily life.

The letters in these four collections are invaluable sources for those researching their writers, but given their unlikely recipients they go to show that sometimes the best, and most useful, information is not to be found in the most obvious places.

Posted by Margaret.Makepeace at 09:00:00 in Arts and crafts , Domestic life