Henry Treece – history in the making

Amid the many accounts of VE Day, I was interested to find the name of Henry Treece - perhaps now most familiar as the author of historical novels for children, certainly so to me, since three of his children’s books are on my shelves at home. In the Second World War he served with the Royal Air Force Volunteer Reserve and in Leaves in the storm, a collection of diary entries and recollections of the war, which he edited with Stefan Schimanski, he included his own account of “The end of the war in Europe”. 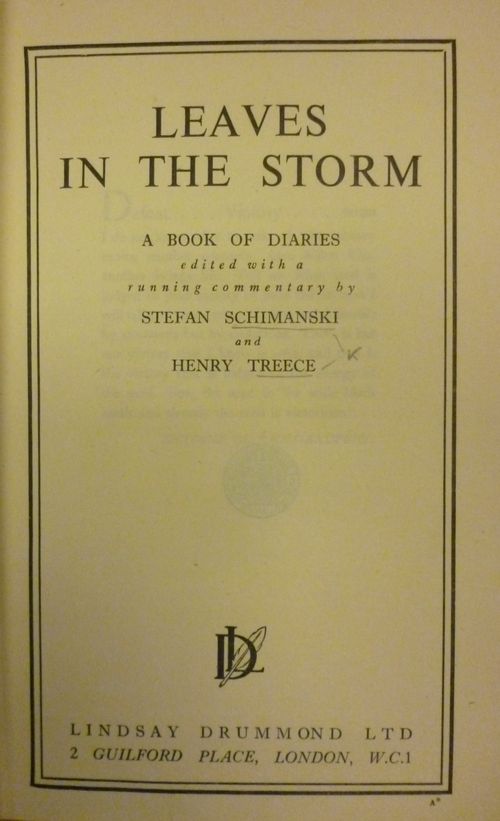 In the final entry, dated 9 May, Treece describes his arrival at King’s Cross in North London on VE Day in 1945. In a day of mixed emotions he is moved by a fanfare for service personnel, stands proudly with others in uniform for the National Anthem and later joins the crowds in front of Buckingham Palace to see the King, Queen and Princesses on the balcony. His account evokes a sense of the overwhelming number of people on the streets, in restaurants and pubs, and the unfamiliar sight of lights blazing from shops and public buildings. Yet he also conveys his shifting moods and ambivalence towards the celebrations as he walks back from the station against a backdrop of fireworks, bonfires and singing – because “The war is only half-over, and many who are dancing and singing to-night will dance and sing no more”. 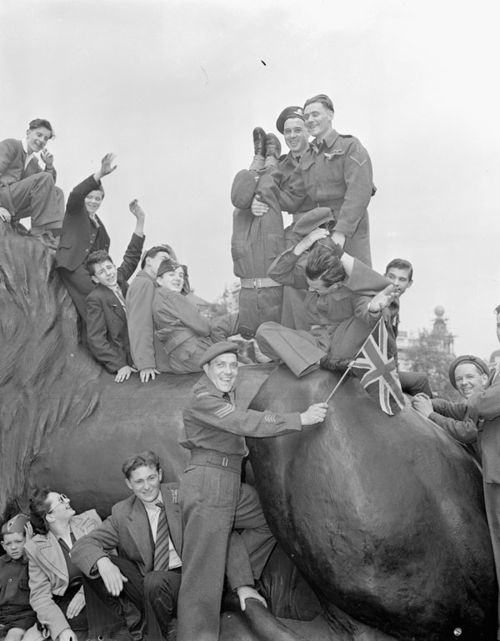 For Treece himself, the end of the war meant an eventual return to teaching. In the 1940s he was primarily a poet, part of the New Apocalyptics or New Apocalypse, a slightly notional grouping of poets named from an anthology, The New apocalypse [1940], to which he contributed prose, criticism (relating to Surrealism) and several poems. In the 1950s, however, he turned to works of fiction, and one of his earliest books for children was Legions of the eagle (1954). His many tales of the Vikings, Romans and Celts, were illustrated by Charles Keeping, Christine Price and William Stobbs, among others. He died in 1966 and The Dream-time, his last, more experimental, book, was published posthumously in 1967 with a postscript by Rosemary Sutcliff.

Leaves in the storm: a book of diaries. Edited with a running commentary by Stefan Schimanski and Henry Treece. London: Lindsay Drummond, 1947. Shelfmark: 09101.b.10.

To find other works by Treece in our collections – search under his name in our online catalogue.