The Return of the Emperor

A curious book, published in St Helena in 1840, relates the events that led to the exhumation of the body of Napoleon Bonaparte and the return of his remains to France.

The account is based on a memorandum by Mr Janisch, a former secretary to the Governor of the Island, Sir Hudson Lowe, who was present on that solemn occasion. The original memorandum seems to have had a wide circulation and it proved so interesting to its author’s acquaintances that he agreed to have a number of copies printed. Joseph Lockwood (an editor, and the builder of St Helena’s cathedral) carefully annotated his copy and added copies of other relevant papers to it, including entries to a visitor’s book kept by the Torbett family who owned the land on which Napoleon was first buried. This copy is held in the British Library and has since been digitised. 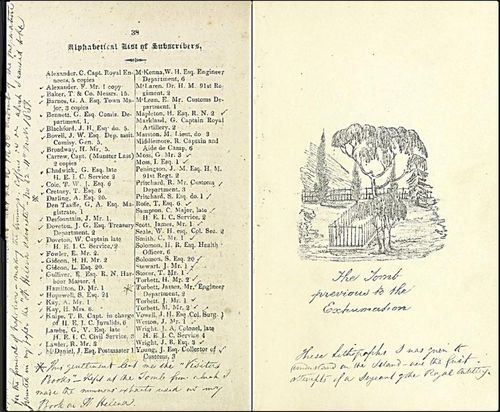 From The exhumation of the remains of Napoleon Bonaparte

For some years the French government had urged the British authorities to repatriate the body of Napoleon but it was not until October 1840 (some 19 years after his death) that French ships finally arrived at the island of St Helena to bring the Emperor home. A chapel had been set up to receive him on board the French frigate Belle Poule, and Janisch, who was part of the welcoming party, describes it as being ‘hung with black velvet studded with silver stars’ and furnished with a panoply of imperial eagles, crowns and candelabras.

The exhumation itself took place in the early hours of 15 October, which was the 25th anniversary of Napoleon’s arrival at St Helena and those present were clearly struck with awe and wonder. ‘The waning moon threw her pale light upon the scene below’ writes Janisch evocatively. 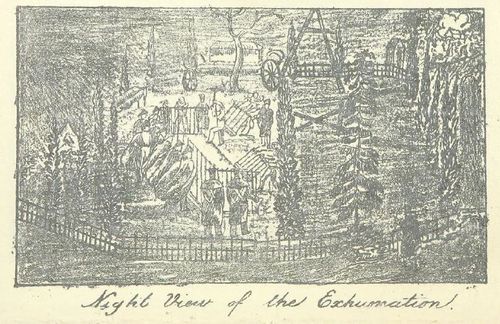 The tomb at first proved very difficult to penetrate. It was surrounded by railings and once these were removed the workmen were confronted by an 11 inch slab of solid concrete, reinforced with iron bars which prevented access to the vault. For a time it looked as if the ceremonial procession of the remains, planned for later that day, would have to be delayed.

When finally the coffin was removed and opened, the body of the Emperor proved to have been almost miraculously preserved. His cocked hat was seen to be placed across his legs, and a silver vase, crowned with the imperial eagle and containing his heart, was located near the body. The remains were immediately transferred to an elaborate sarcophagus which was loaded on to a specially constructed and ornamented hearse.

By 4 o’clock that afternoon the cortege was finally assembled. A long procession of people followed the hearse including the St Helena local militia, British troops from Her Majesty’s 91st regiment, clergy, choristers, officers of the French and British navies, senior officials (including the then Governor, General George Middlemore) and the French representative, the Prince de Joinville. After parading through the island, the cortege at length reached the harbour where the Belle Poule was waiting, and after a period of lying in state, the French ships departed for France, accompanied by the ceremonial firing of cannon. As Janisch remarks, ‘thus ended this eventful drama which will ever be remembered in the annals of St Helena’.

Posted by Margaret.Makepeace at 09:00:00 in Journeys , Politics

How interesting, Cate. We seem to have uncovered yet another 'untold life'. It would be good to discover more about the guards and bearers who were present on that occasion. They constitute a very select and distinguished band.

We have found a copy of this document in some old family photos. Included is a newspaper cutting fcreferring to Napoleon's bearers. Apparently Matthew Grimes who is buried at Thornton Dale near Pickering has a tombstone with the inscription "Guard at at St Helena over Napoleon and a bearer of that Monarch to his grave"
The copy of the booklet appears very old (but I am no judge) it is not professionally bound but is held together by some red thread. The illustrations are smaller than the rest of the pages.