The unauthorised mission of Samuel Manesty

The history of the East India Company’s (EIC) Residency in Bushire has its controversial figures, and Samuel Manesty (1758-1812) was certainly not the least of these. Readers of John Gordon Lorimer’s Gazetteer of the Persian Gulf, Oman and Central Arabia will notice that Manesty is listed as the only self-appointed Resident at Bushire. 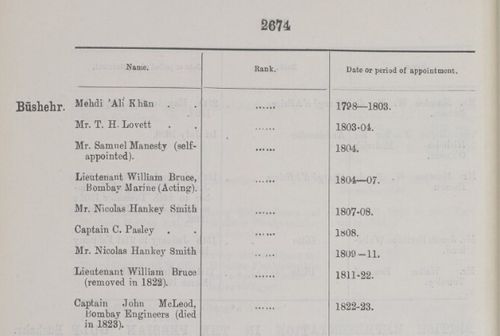 On 20 July 1802, Fatḥ ʻAlī Shāh’s ambassador, Ḥājjī Khalīl Khān, was accidentally shot and killed in an affray in Bombay, while on his way to Calcutta to present his credentials to the Governor-General of Fort William and Bengal, Richard Colley Wellesley. Fearing the Shah’s revocation of the Treaty of Alliance, which had been negotiated by John Malcolm in 1801, Wellesley drafted a letter of apology, which was to be delivered in person by the Bushire Resident.

The letter would not reach the Shah until July 1804, when it was delivered, not by the EIC’s appointed Resident, Jonathan Henry Lovett, but by Manesty, who had been the Resident at Basra since 1784. Lovett, ill of health and fearing for his life (he had heard rumours that whoever delivered the letter would be beheaded), suggested to the older and more experienced Manesty that they change places. Both men informed their superiors in London and India before doing so, but they acted without awaiting a response.

Manesty reached Bushire on 18 January 1804, and left there with the letter (and a considerable entourage) on 25 February. He reached Shiraz in mid-March and stayed there for six weeks. Considering himself to be Malcolm’s successor, Manesty wrote letters to a range of powerful recipients – including the Prime Minister in London, the President of the Board of Control, the Chairman of the EIC and the Governor-General – in which he boasted of his diplomatic achievements. 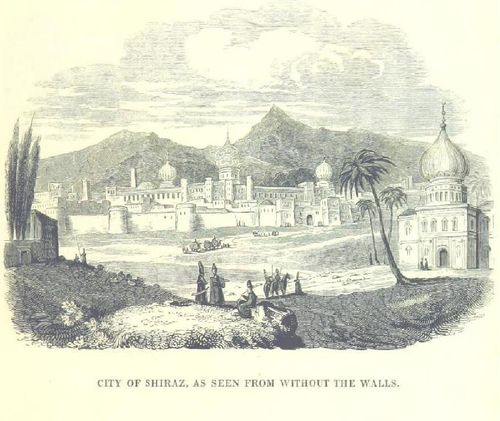 Soon afterwards Manesty set off for the Shah’s summer camp at Solţānīyeh, and arrived there on 2 July 1804. He reported that the Shah had received him within fifteen hours of his arrival and had been convinced of the accidental nature of the death of his ambassador.

While returning to Basra via Baghdad, Manesty learned that the Governor-General was refusing to honour his bills and that his mission was being perceived as unauthorised. Manesty travelled to Bombay and to Calcutta to justify his actions and claim expenses amounting to over seven lakhs of rupees.

Whilst Lovett (who died soon afterwards at sea) was found guilty of exceeding his instructions, Manesty avoided dismissal. He resumed his position as Resident at Basra and did eventually receive reimbursement for all but a small number of his bills.

Manesty managed to hold on to his post until August 1809, when the Court of Directors, following complaints of Manesty’s repeated insubordination from both Bombay and Calcutta, ordered his dismissal. 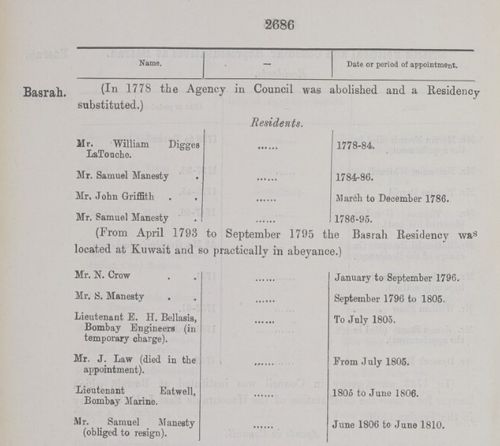 News of his dismissal reached him in April 1810, but Manesty managed to delay his departure until the end of that year. He returned to England with his Armenian wife and their children, travelling overland to Constantinople and sailing on from there. They reached London on 17 May 1812, and stayed at the house of Manesty’s friend, the former Bombay merchant and banker Sir Charles Forbes, at Fitzroy Square, London. It was there where, just over a month later, on 23 June 1812, Manesty, disgraced and destitute, died, apparently by his own hand.