As soldiers of the Welsh Regiment were waiting on the platform at Cardiff Station in September 1904, an old man appeared.  He wore a tin placard round his neck:
‘This is to certify that John Vaughan was born in March 13th, 1801, and is 103 years of age.  He is licensed to sell bootlaces and other articles’.

Vaughan claimed that he had been a bugler in British Army, serving in the Napoleonic Wars, the Crimea, and the Indian Mutiny.  At the age of just fourteen, he had the honour of conveying to Wellington the welcome news that Blucher and his forces were approaching, and had then led General Blucher onto the field at Waterloo. 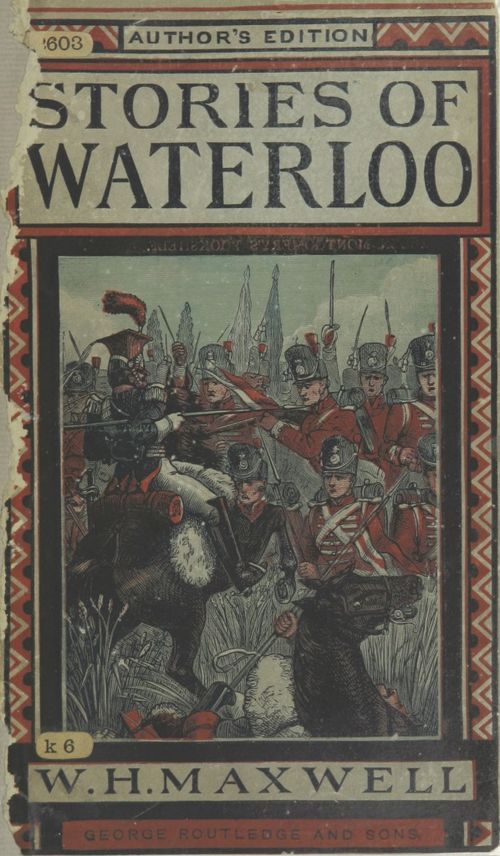 Stories about Vaughan appeared in many local newspapers as he tramped round the country peddling his wares, popping up in places as far apart as Yorkshire, Wales, Durham, Somerset, and Merseyside.  He said that he needed to work as a hawker as his military pension of 1s per day had lapsed and he preferred the freedom of the open air to the confines of a workhouse.  People often gathered to hear Vaughan’s tales and he gladly accepted offerings of small change whilst not actually begging.

John Vaughan said he was the son of a Colonel in the Warwickshire Regiment. He had joined the 17th Lancers as a bugler, transferring after the Battle of Waterloo to the 24th Fusiliers. The ulcers on his legs were the result of wounds received at Waterloo. Reporters who met him variously described him as ‘intelligent and communicative’, ‘very slow and deliberate in his speech’, and as ‘a venerable warrior’ with ‘a wonderful memory of the graphic scenes at Waterloo’.

However, discrepancies in Vaughan’s story began to appear. At first these were put down to his memory being unreliable because of his advanced years. Then a journalist with the London Evening Standard contacted the War Office about the authenticity of Vaughan’s claims.  The King heard about Vaughan and ordered an inquiry into his case.

In 1874 a commission had been appointed to find all the Waterloo survivors with the aim of increasing their pensions. The youngest traced was a drummer aged ten in 1815. Vaughan had not appeared in the list.  Most importantly, the 17th Lancers had not fought at Waterloo.  A doctor also confirmed that Vaughan’s ulcers were not caused by gunshot wounds. Vaughan was not nearly as old as he claimed.

By this time, Vaughan had been admitted to the ward for ancients at the Birkenhead workhouse.  He did not take kindly to being revealed as a fraud: ‘Pressed further for definite replies to questions, Vaughan became unruly, and attempted to leave his bed and fight’. Perhaps he had come to believe his own yarn? The Lancashire Evening Post concluded: ‘He may be able to blow his own bugle; in fact he seems to have done so to some purpose - but he never did it at Waterloo’.