The Chinese Labour Corps in Basra

A blueprint map, housed in a slim file held in the India Office Records, reveals an overlooked and neglected aspect of the First World War. The map is of the village of Magil, on the banks of the Euphrates, near Basra in Mesopotamia (Iraq). The map reveals the plans of the Inland Water Transport (IWT, a branch of the Corps of Royal Engineers) to transform the village into a vast dockyard, capable of building enough vessels to support Britain’s military campaign against the Ottoman armies in Mesopotamia. Amongst the wharves, sidings and workers’ camps there is small patch of land, identified as a Chinese Cemetery. The Commonwealth War Graves Commission states that 227 bodies were interred here; 227 unnamed casualties, who worked for the Chinese Labour Corps (CLC).

The use of Chinese manpower was widespread during the First World War. The British Government recruited nearly 100,000 Chinese labourers to support their frontline troops on the Western Front. As many as 6,000 Chinese were bought to Basra to help construct some 200 steamers, other vessels and pontoons that were shipped in flat-packed form from Britain. These labourers, and the vessels they reconstructed, supported the Indian Expeditionary Force D in Mesopotamia. 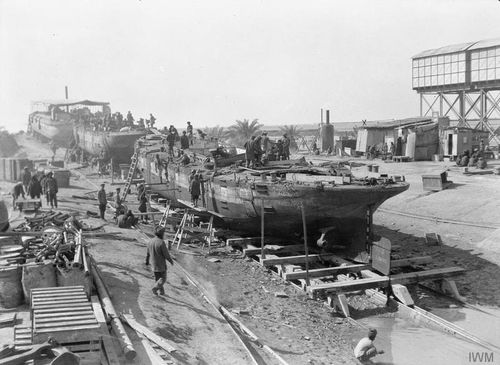 The manpower required for the CLC in Basra was recruited from late 1916 in Singapore, Hong Kong and Shanghai. In October 1916 the British Minister at Peking wrote that the General Office Commanding at Singapore was sending for a contractor ‘to recruit indentured Coolies for service in Mesopotamia’. In total, the British transported over 4,000 skilled Chinese mechanics, and over 1,000 unskilled Chinese labourers to Mesopotamia. Xu Guoqi has written that those Chinese labourers sent to the Western Front were ‘thumb-printed and assigned a number’, their only identification, the British regarding their names of being ‘of no importance'. This may explain why those bodies interned in the Chinese cemetery in Basra were never identified. 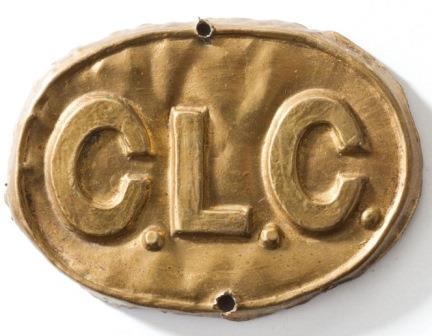 Although some first-hand accounts of life in the CLC on the Western Front survive, precious little about the lives of the Chinese labourers in Basra has been documented. While basic food rations, accommodation and clothing were provided, there was little entertainment beyond the occasional Chinese film shown at the camp cinema. Disease and malnutrition were a problem in Basra’s hot desert climate. The British Medical Journal noted in 1920 that scurvy and beriberi were more prevalent amongst those serving in Mesopotamia than in any other First World War theatre. 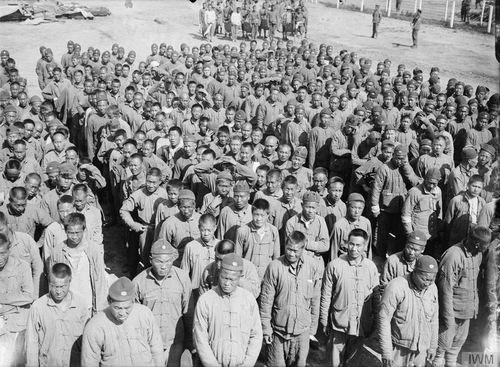 The nature of the work was heavy and arduous, and inevitably resulted in fatalities. How prepared or adept the men were for the heavy labour is open to question. The claim (made in 1921 by the Assistant Director of the IWT, Leonard Joseph Hall) that over 4,000 of the Chinese recruits were skilled mechanics, is contradicted by a Mesopotamia Transport Commission report (1918), which stated that the rejection rate for Chinese labourers was very high – as much as 46 per cent. One official described the Chinese labour sent to him as ‘absolutely useless’.  The 227 fatalities suffered amongst the estimated 6,000 Chinese labourers at Basra equates to roughly one death among every 26 members of the Chinese Labour Corps in Mesopotamia.

'Mesopotamian Transport Commission. Report of the Commission Appointed by the Government of India with the Approval of the Right Hon'ble The Secretary of State for India, to Enquire into Questions Connected with the Organisation and Administration of the Railway and River Transport in Mesopotamia' (IOR/L/MIL/17/15/125/1)

W H Willcox, ‘The Treatment and Management of Diseases due to Deficiency of Diet: Scurvy and Beri-Beri’ The British Medical Journal 3081 (1920), 73-77.

We have to congratulate the British Library on raising the profile of volunteer Chinese labourers who assisted Britain during the First World War. The work of these labourers played an important role, both on the Western Front as well as in Mesopotamia (notwithstanding one charge of them being "absolutely useless"). There are citations of excellent work undertaken by the Chinese, and perhaps including one of these would have given more of a balanced view.

Regarding the burial of those Chinese who died in Mesopotamia. It is certainly true that the Chinese were perhaps reduced to numbers more often than we would find comfortable with today. However, it is unlikely that the 227 Chinese casualties would have been buried without their names having been recorded. The cultural significance to the Chinese of paying respect to the dead, and of remembering them, makes such a state of affairs just about inconceivable.

We have previously contacted the IWGC in an attempt to understand why so many Chinese bury unidentified in Basra. I quote their response in part,

“I am afraid that we have no other information further than that the graves were lost, by the time the Registration units carried out their work, and in that context 'could no longer be maintained'.”

There is a degree of ambiguity in this response. Taken literally the word “lost” would suggest that the location of the graves were no longer known. A place of burial for 227 Chinese in Basra a year or so on from the last burial is unlikely to have literally been lost. Although we cannot know for certain, we think the following scenario best explains the situation..

Chinese casualties in Mesopotamia were buried by their compatriots, and their graves although marked by a cross, would be inscribed in Chinese – a photo of a burial of a member of the Chinese Labour Corps and a photo of original crosses at the head of such graves, both of which we will be publishing as part of a collection of rare photos, show in those particular instances the burial was attended exclusively by Chinese, and the crosses marking Chinese graves were only inscribed in Chinese characters.

With little reason to believe the practice would be any different in Mesopotamia, one explanation is that by the time the Directorate of Graves Registration and Enquiries came to register the graves in Basra, the Chinese characters on those temporary markers had weathered and become illegible. Although records of the buried must have been held elsewhere, for whatever reason, the Directorate had no access to them. As stated, we may never know for certain, but this is certainly one feasible explanation.