Scaremonger or Patriot? Lionel Horton Smith and War with Germany

Debates about Britain’s decision to go to war in 1914 typically focus on the actions of its government. We hear less about pressure groups which encouraged preparation for war with Germany. The Imperial Maritime League was one of the noisiest. 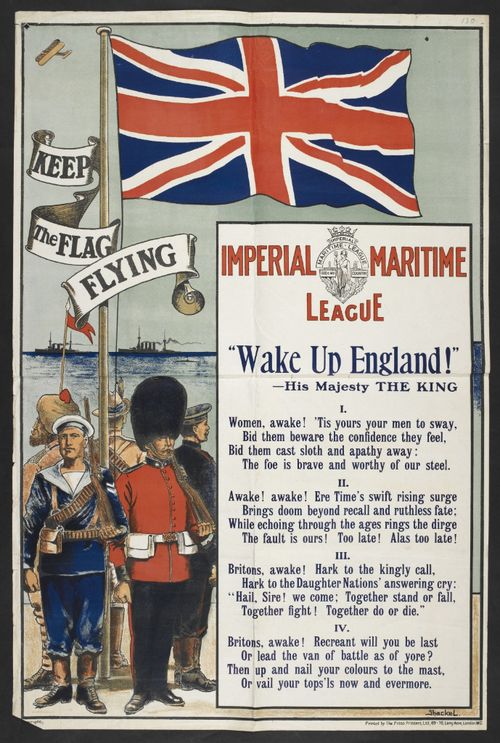 The league was co-founded in 1908 by Lionel Graham Horton Smith and Harold Wyatt. Both were senior members of the Navy League, but they became disillusioned with its refusal to criticise the Admiralty and Liberal government.

The two men were obsessed with the possibility that Germany might overtake Britain as a naval power. But far from disliking Kaiser Wilhelm II, Wyatt and Horton Smith admired his militarism. Their criticisms were instead directed at British society, for being ignorant about its reliance on the Royal Navy and lacking the resolve to fight rival empires.

Wyatt believed in the necessity of war for national survival, though he lacked direct experience of the armed forces. Horton Smith, a lawyer, had some experience in the army. He wrote prolifically on the classics and Scottish culture, and deposited a large cache of the league’s surviving documents with the British Library on 21 October 1933. 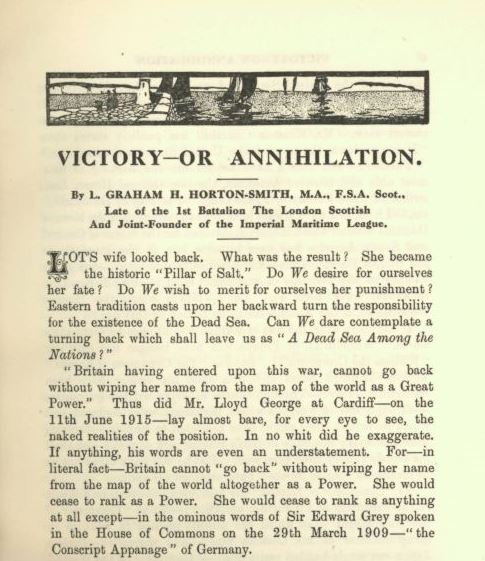 Over a thousand members of the Navy League departed with Horton Smith and Wyatt to form the Imperial Maritime League, including famous names such as Rudyard Kipling and Arthur Conan Doyle. It also received support from some right-wing newspapers.

The league made progress in fund raising and organising large-scale petitions and rallies. These demanded increased naval spending and opposed international agreements that curtailed the Royal Navy’s capacity to wage war. Rattled by its upstart rival, the Navy League overhauled its organisation and campaigning, and as a result expanded its membership and political influence. With its thunder stolen, the Imperial Maritime League struggled to appear credible. Journalists mocked its campaigns as irrelevant, extremist and hyperbolic.

Exhausted and demoralised, Wyatt and Horton Smith resigned as joint secretaries in 1913. Wyatt left completely. Horton Smith remained to help the new management. But he became embroiled in petty internal squabbles typical of small extremist organisations. In August 1914, just before war broke out, the league was reduced to promoting its cause to tourists in Devon.

Yet the war supplied a new role for the league and Horton Smith. He headed its ‘Villages and Rural Districts Enlightenment and Recruiting Campaign’, lecturing young men on the necessity of enlisting. And he published a stream of pamphlets justifying the conflict, all deposited at the British Library. 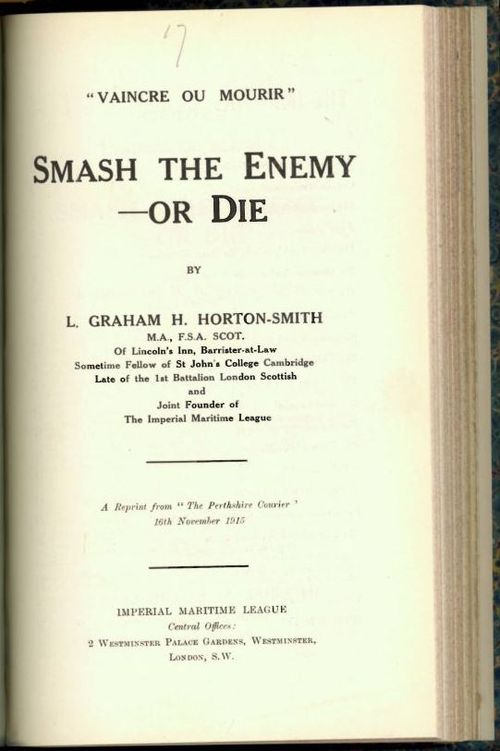 The Imperial Maritime League ceased in 1921, but it had unintentionally helped to revive the Navy League. The latter continues to the present day as the Sea Cadet Corps.

Horton Smith’s campaigning on behalf of the Imperial Maritime League corrects the popular misconception that war with Germany was unexpected in 1914. It also reminds us that sections of British society desired such a conflict, not only to stem the rise of Germany as a world power, but also to ‘improve’ British society. 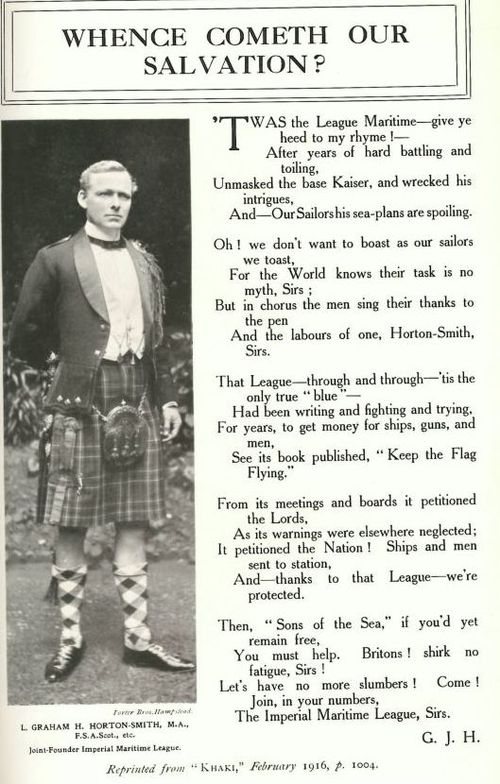 Posted by Margaret.Makepeace at 09:00:00 in Politics , Propaganda , World War One