Today we share a poem about a Victorian father's Christmas reflections on his children, both dead and alive.

I pass to my populous nursery,
I look round my circled hearth,
On this marvellous anniversary,
This time of the Wondrous Birth. 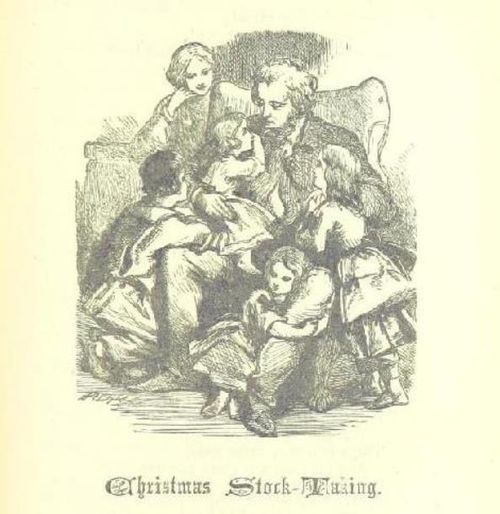 The first I see is Charlie,
An urchin just fourteen;
I know he smokes in private,
And never washes clean.

And there was a second Charlie,
Who might have shared his sins,
But died without a name on earth
(N.B. – We started with twins).

Arthur, the lazy rascal,
Though sharp as any nail,
Brought face to face with a school-book
Collapses like a snail.

Johnny, how well I remember
His handsome boyish face!
All I can see is the little cross
That marks his resting-place.

Then Bob, a ten-year spalpeen,*
Is dirty as a grub,
And such a veritable imp,
We call him Beelzebub.

Polly, my eldest daughter,
Has eyes as black as sloes;
But where in nature did she get
That impudent pug-nose?

Dora, the next “young lady”,
Is very prim and staid;
And weeps, though only six years old,
If we call her an old maid.

Freddy, four years, the “baby”,
Was getting rather a lout,
Till, a year ago, came Amy,
And his nose was clean put out.

Amy, asleep beside me,
Pouting, as if to be kissed,
Is the veriest darling among them,
And closes – at present – my list.

The poem and the accompanying illustration come from one of my favourite books in the British Library collections - Love Lyrics and Valentine Verses for young and old by E M Davies.  Fans of Victorian verse will be thrilled to learn that the book has been digitised to share its delights.