The Ancient Mosque of Manama

On 5 February 1936 Charles Dalrymple Belgrave, Advisor to the Bahrain Government, asked the Political Agent Percy Gordon Loch for help in locating an ancient mosque in Manama, Bahrain. The only piece of information Belgrave had was that the mosque dated to AD 876-9, and had been described by Ernest Diez in 1925.

Diez had indeed visited the place in 1914 and described the mosque’s physical features including its pillars, arches, roofs, plan, and measurements, in addition to the possible timeline of its establishment.

The mosque is believed to be one of the oldest Islamic buildings in Bahrain, whose ruins Deiz thought dated back to the year 740 AH (AD 1339/40). This date is shown with Cufic inscription on an epigraphic tablet that was described by Deiz. The mosque has a unique architectural style with an open plan layout rather than most familiar courtyard mosques spotted in various Muslim countries. 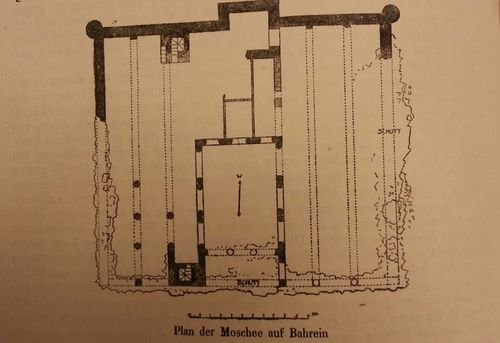 Basic local materials were used to build the mosque including clay and teak. Diez states that teak ‘was shipped from India to the Persian Gulf and Egypt and was much utilised in the early Islamic mosques of the towns of Iraq, in Baghdad, and also in the Persian highland country’.

The identical twin minarets on this ancient Islamic monument make it easily recognizable. The foundation dates back to the 11th century and has been rebuilt in the 14th and 15th centuries. During this reconstruction the twin minarets were added. At the east and west exterior walls of the mosque stand these two distinguishable circular minarets.  Below is one of the oldest photographs taken of the two minarets in 1939. 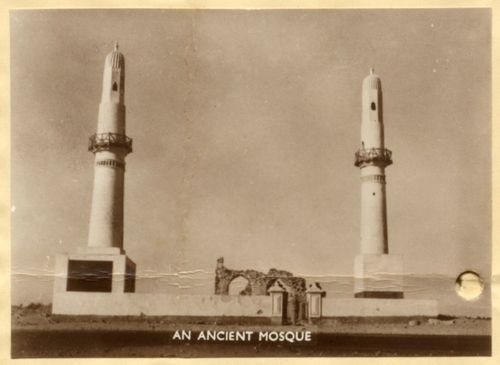 There are two Kiblah stones with Cufic writing around them at the western wall of the mosque. They are called kiblah as they indicate the direction of prayer. They are believed to have been rebuilt in the 15th century. 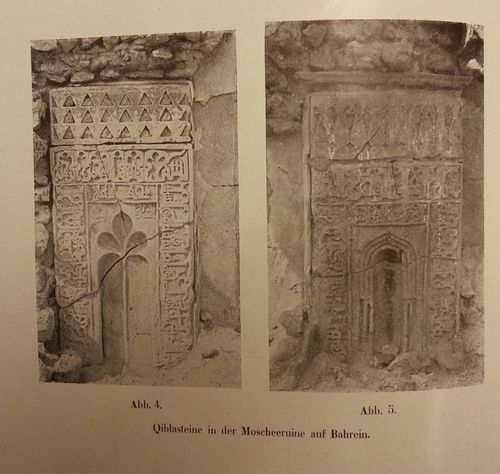 At some point of its history the mosque was a Shia mosque. The  inscription found on its wooden pillar is a Shia formula: ‘la Ilaha illa Allah, Muhammed Rasul Allah, ‘Ali Wali Allah’. 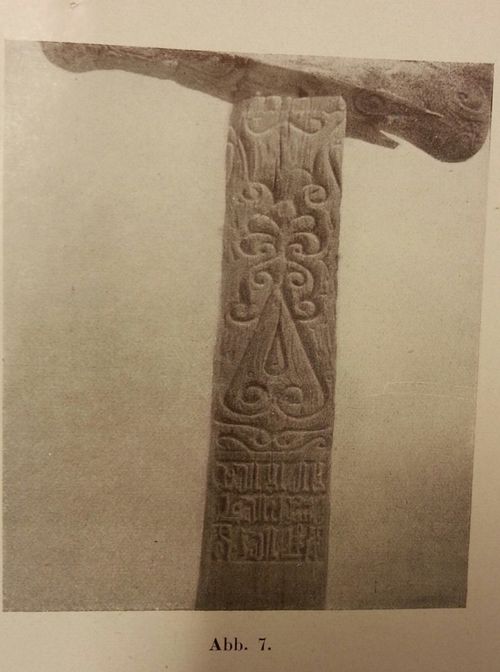 The design which can be seen on the above wooden pillar can be assigned to at least the 10th century. Such designs can be traced to the mosques of Samarra in present-day Iraq.

If Mr Belgrave had made the same enquiry today, he would have been delighted to learn that the ancient mosque of Manama is now called al-Khamis Mosque. It is found to the south-west of Manama. The mosque derives its name from a local market (Souq) which was held in the area on Thursdays (al-Khamis), hence Souq al-Khamis. It is however rather difficult to trace the date by which the mosque acquired this name, or even to trace any previous names. Most recently the Bahrain Authority for Culture and Antiquities  has been working on a project called Souq al-Khamis Mosque Visitors’ Centre which is intended to open by the end of 2015. The project is sponsored by Assistant Undersecretary for Culture and National Heritage Shaikha Mai bint Mohammad bin Al-Khalifa.

Posted by Margaret.Makepeace at 09:00:00 in Middle East , Qatar , Religion