The bookbinding career of Roger de Coverly (1831-1914) seems to be characterised by a desire to leave it!  His apprenticeship with the flourishing firm of Zaehnsdorf’s was so “colourless and humdrum” that he petitioned for time off to study the violin. His name recalls a 17th century English folk dance but his passion was for music, not dancing, and this sustained him throughout his life. 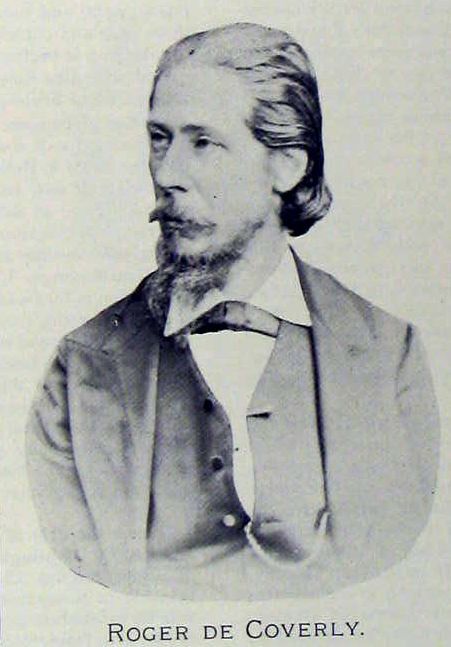 Roger completed his apprenticeship (but left early albeit with Zaehnsdorf’s agreement).   He decided to try bookselling and applied to Mr Lilley of Pall Mall who could not offer employment but strongly recommended that Roger stuck with binding!  After assisting in a stationer’s shop, Roger rededicated himself to his original trade.

His next employment at John and James Leighton’s of Brewer Street provided more fun.  His fellows there shared Roger’s love of chess, which they played during their lunch-break and at meetings of the Bookbinders’ Amateur Chess Club founded c1852. Music was not neglected and Roger’s solo performance for the Battersea Vocal Association was commended in the Music Times of 1 March 1861.

When Roger established his own workshop (in Leicester Square and later 6 St Martin’s Court and 91 Shaftsbury Avenue), there was little time for the extra- curricular activities he loved.  As a one man band, he had to ‘forward’ and ‘finish’ the bindings himself.  His wife Elisabeth contributed financially by opening a school for young ladies.  Slowly, however, the bindings business began to flourish.  It was patronised by aristocrats, noted writers (for example T E Lawrence) and artists.  His style was rather conservative and retrospective but the good quality materials used and his stated goal, to bind “excellently rather than cheaply” made up for lack of originality, for some at least. 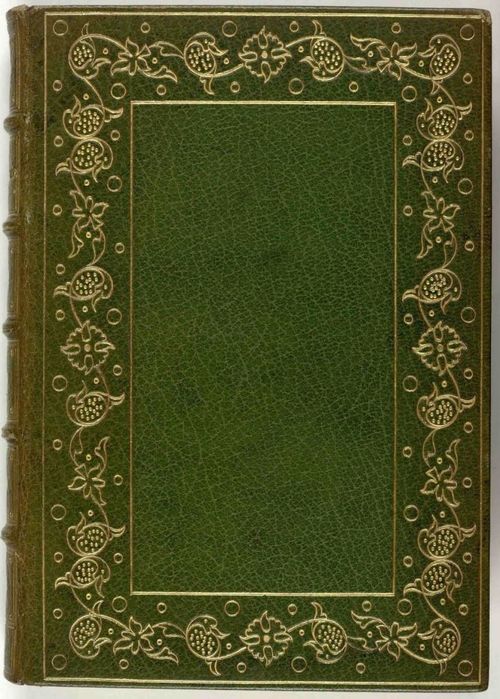 William Morris wrote to the poet Swinburne in April 1882; “I am sending you by parcels Delivery, the North's Plutarch I spoke of: it is a very pretty edition, I think the first. Item, the bookbinder I told you of really rejoices in the name (or says he does, which is the same for our purpose) of Roger de Coverly: his address is 6 St Martins Court. He is not a man of any taste … but is careful, & will do what you tell him, & is used to dealing with valuable books”. (Incidentally, birth records indicate that De Coverly was baptised Edward Roger.)

Despite this lukewarm opinion, Morris’s friend T. J. Cobden-Sanderson chose to serve a short apprenticeship there from 1883-4. He later became one of the most influential binders in England.

Fortunately, Roger’s sons Edward, Arthur and William proved adept at bookbinding and bookselling.  By 1892, Roger was able to confess in an interview that “he does not now give his whole attention to his binding business, having besides one or two hobbies; he is an enthusiastic amateur musician and collector of old music … ; he has founded  two or three glee and madrigal societies and loves above all to take part in orchestral concerts or string quartets, varied with glee singing. He is a member of the Royal Choral Society".

The connection between the name of de Coverly and bookbinding lasted into the 1960s when H[orace] A. de Coverly was known to have bound, taught and written about the subject.  An example of his work can be seen in the Library’s online image database of bookbindings.