A tradition of trade: the opening of the London Docks

January marks the 211th anniversary of the opening of the London Docks.

The London docks were built by John Rennie, the Scottish civil engineer also responsible for canals, aqueducts, bridges and other docks.  Before the docks were built, it could take up to three months for cargo to be unloaded, leaving precious goods at risk of damage or theft.  The construction of the docks allowed the London Dock Company to command a 21-year monopoly over ships carrying rice, tobacco, wine and brandy, from all over the world with the exception of the East and West Indies.

This includes a significant number of views as well as early printed material relating to its planning and opening such as 'Reasons in favour of the London Docks' by William Vaughan, 1797, a copy of which was presented to the British Musuem by Vaughan himself. 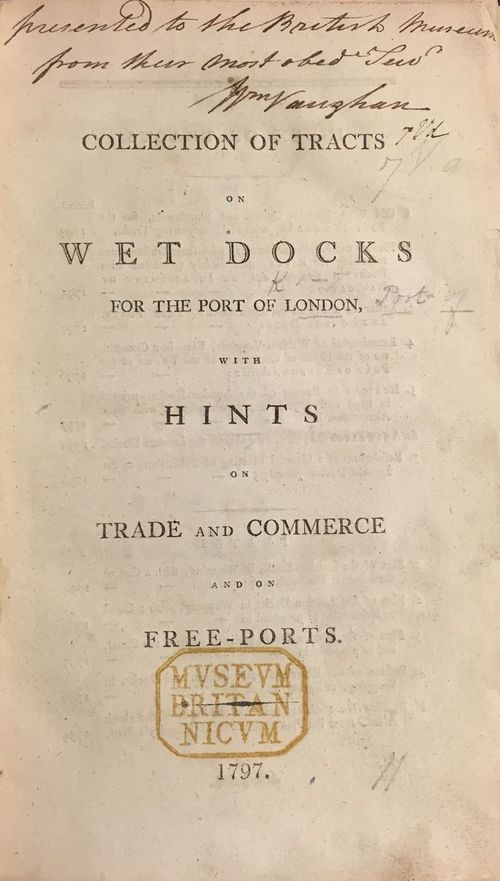 The docks fast became a part of London topography and images of them were included in published walking tours such as Walks through London by William Clarke and Views of London by Charles Heath. 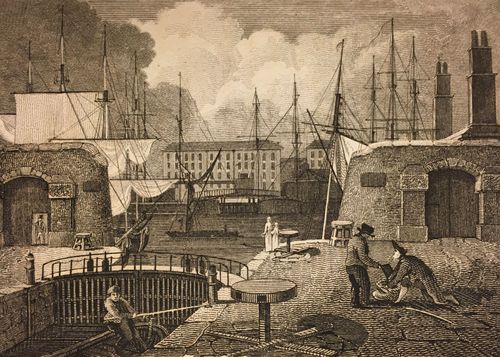 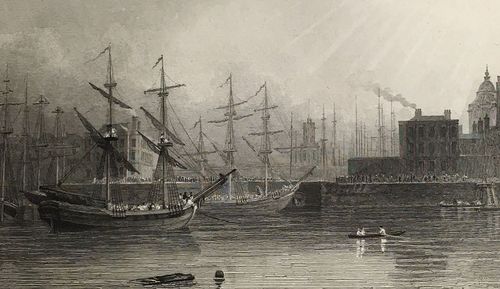 Views of the Docks were produced in all shapes and sizes and at different prices. Probably the most impressive and expensive were the bird's-eye-views by William Daniell. These hand-coloured aquatints were large at 49 x 86 cm and were self-published by Daniell in 1808 as part of the series Views of the London Docks. Today, the area around Wapping and the London Docks is virtually unrecognisable from the scenes depicted by Daniell. 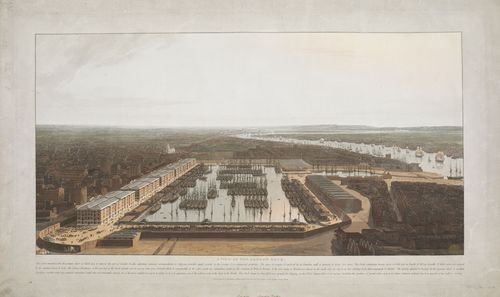 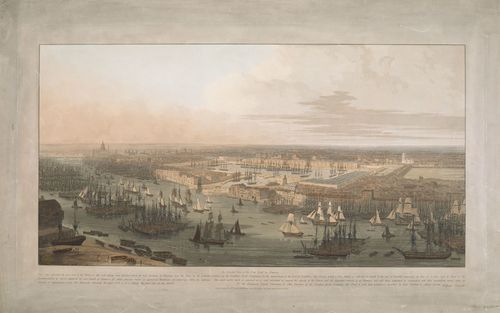