William Ross Ashby (1903-1972), or W. Ross Ashby as he preferred to be called, was a pioneer in cybernetics and systems theory. The term cybernetics is today somewhat devalued because of its overuse, particularly in popular culture – with derivative ideas such as cyberpunk and the ‘Cybermen’ of the science fiction series Dr Who being just two examples – but originally it referred to the science of cybernetics, the science of control and communication, in both animals and machines. As a science cybernetics was conceived as being cross-disciplinary involving elements of Physics, Chemistry and Biology. 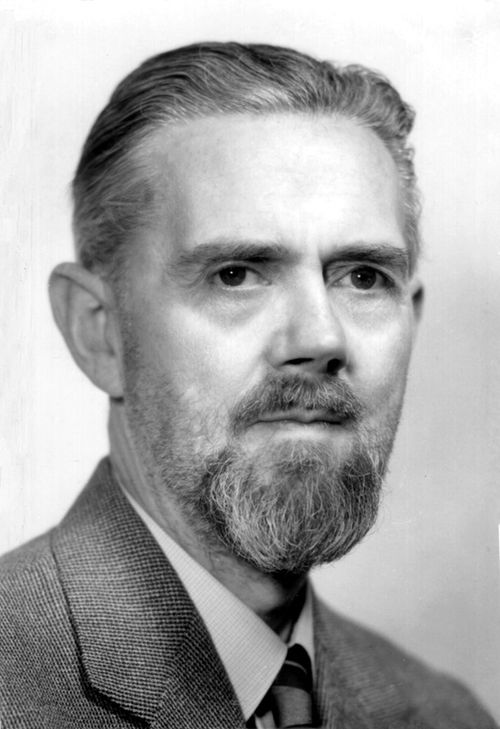 W. Ross Ashby’s pioneering work in cybernetics began in 1928. While still a student at St Bartholomew’s Hospital in London he began keeping a journal of his private interests, including work in advanced mathematics, as a means of relaxation. By 1936, while working at St Andrew’s Mental Hospital as a Pathologist, Bacteriologist and Biochemist, Ashby’s private research, reflecting his fascination with underlying organisation of the nervous system, gradually developed to the point where he conceived of developing a machine that would replicate the adaptive behaviour of the human brain.  Today we would recognise this idea as machine learning. 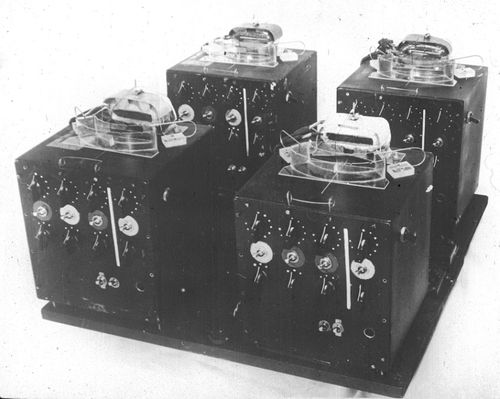 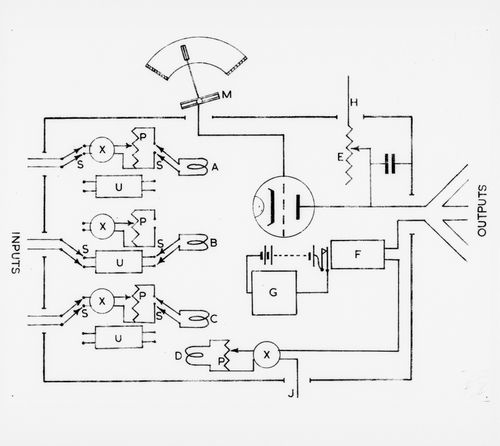 By 16 March 1948, with assistance from his laboratory assistant, Denis Bannister, Ashby successfully constructed and tested his machine which he called the ‘Homeostat’ the name taken from the word homeostasis, a term used in biology to refer to the control of internal conditions, such as blood temperature, within a living organism. The Homeostat became a minor sensation and was heavily featured in the popular press of the day being described variously as ‘the Robot Brain’ or ‘The Thinking Machine’. A very private man Ashby was somewhat uncomfortable with the attention although he presented the Homeostat at conferences, most famously the ninth Macy Conference on Cybernetics (1952). He also published two books Design for a Brain (1952) and An Introduction to Cybernetics (1956) where he detailed his ideas, including ‘the Law of Requisite Variety’, for both academic and popular audiences.

Throughout the rest of his academic life and into retirement Ross Ashby continued to work on his journal, recording thoughts and ideas, and only stopping in March 1972 just three months before his death. By then his journal stretched to over 7,000 pages spread across 25 volumes.

The British Library collection of W. Ross Ashby’s papers includes notebooks, notes, index cards, slides and offprints and is available to researchers through the British Library Explore Archives and Manuscripts catalogue at Add MS 89153. The estate of W. Ross Ashby also maintains a website The W. Ross Ashby Digital Archive which contains digitised copies of much of this material as well as a biography and photographs. It can be found at www.rossashby.info

An in-depth article on W. Ross Ashby and the Homeostat can be found on the British Library Science Blog

Posted by Alexandra Ault at 08:30:00 in Manuscripts , Science , Science and environment