Born on this day in 1886, Edward William Charles Noel remains one of the lesser known British political officers and spies who served in the Middle East during the First World War. In his book, On Secret Service East of Constantinople, Peter Hopkirk likens Noel to Ludovic ‘Sandy’ Arbuthnot, friend of Richard Hannay in John Buchan’s novels.

Noel began his career as a subaltern in the Indian Army and later served as British Vice-Consul at Ahwaz, in Persia. During the First World War he took part in various secret missions, one of which involved assisting the Russian Tsarist General Peter Polovstov and his wife (who were disguised as a United States missionary and his wife) in their escape from Russia. 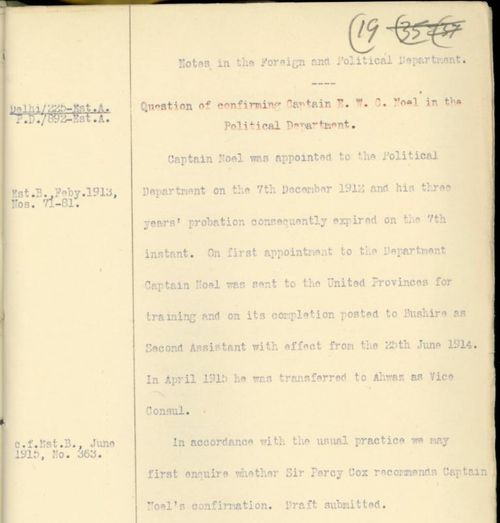 As Hopkirk states, Noel remained throughout his life an elusive character. The British Library holds copies of a published official diary by Noel, which documents his activities on special duty in Kurdistan during 1919, but Noel kept no private diaries and despite living well into old age never felt compelled to write his memoirs.

However, there are various stories about Noel’s early career in the Indian Army. For instance, he may well have been the first (or at least one of the first) to cycle all the way from England to India, in 1909, and again in 1910.