Poverty and destitution in Victorian London

My research on the Armstrong family has taken me into a world of poverty and deprivation centred on a poor area of London between Lisson Grove and Edgware Road in the Christ Church district of Marylebone.  In an 1843 report, the local registrar described a dense population, with up to seven sleeping in one room.  The general condition of the local people was ‘not very cleanly’, their habits ‘intemperate’, and their earnings irregular. Eliza Armstrong’s relations lived in Little James Street, Charles Street, Burns Place, and Stephen Street, four of the streets with the highest mortality rate in the district. 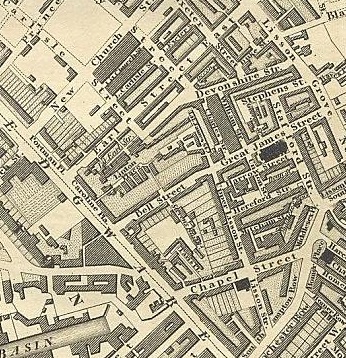 Eliza’s father Charles was born on 10 December 1844, the son of chimney sweep Samuel Armstrong and Rebecca Chapman. The banns of marriage for Samuel and Rebecca were read at Christ Church Marylebone at the beginning of 1849 but I can find no record of the marriage taking place.  Rebecca died in February 1855 at the age of 32, shortly after giving birth to a fifth daughter who died aged three weeks.  Samuel lived at 25 Charles Street Marylebone from the 1840s until his death in 1893. This was unusual - the London poor tended to be mobile even if only over short distances.  Charles Armstrong and his sisters Eliza Shillingford and Mary Ann Wyatt lived with their families near their father in Charles Street at various times.

Piecing together Eliza’s maternal family is a challenge, especially since records show inconsistencies in names and ages.  In the 1911 census, Eliza’s mother Elizabeth said that she had given birth to ten children, four of whom had died. The first child of Charles and Elizabeth Armstrong appears to be a son Charles born in Marylebone on 17 December 1865. Charles Armstrong married Elizabeth Chivers on 25 January 1874 at St Mary Paddington. They gave separate addresses on the Paddington side of the Edgware Road although their children’s baptism records all show them as living in Charles Street.  Elizabeth’s father is named on the marriage certificate as James Chivers shoemaker and census returns give her place of birth as Bath. 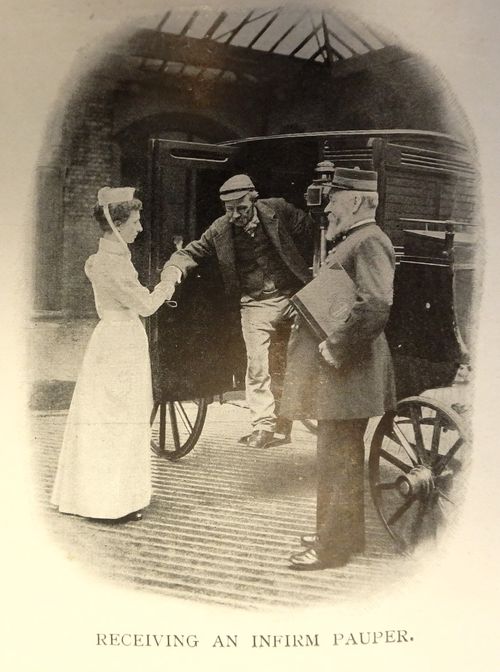 The Chivers family from Bath first appear in Marylebone in the 1851 census: shoemaker Jubal, his wife Ann and their three young children Robert, Elizabeth and John.  It seems that Jubal was also known as James.  He entered St Marylebone Workhouse infirmary for medical treatment in August 1857. His family at first received weekly outdoor relief of 2 shillings, three loaves of bread, and 2lb of meat. However they became destitute, living in an empty room in George Street, Lisson Grove, and were admitted to the workhouse in November 1857. James/Jubal died there in March 1858 of ‘softing of the brain’.  His son Robert absconded from the workhouse in June 1858, whilst Ann discharged herself, Elizabeth and John in April 1859.

John Chivers trained as a butcher and worked in Paddington. Robert Chivers worked as a painter but spent periods of unemployment in St Marylebone Workhouse with his wife Elizabeth and children.  The story of Robert and his family will appear in a later post.

Throwing off the workhouse