Colonel Colin Mackenzie (1754-1821), the first Surveyor General of India, was a determined man. He was employed by the East India Company as a Military Surveyor, but did far more than simply make maps. During his four decade career in India, Sri Lanka and Java, he carried out vast, complicated historical and cultural research. 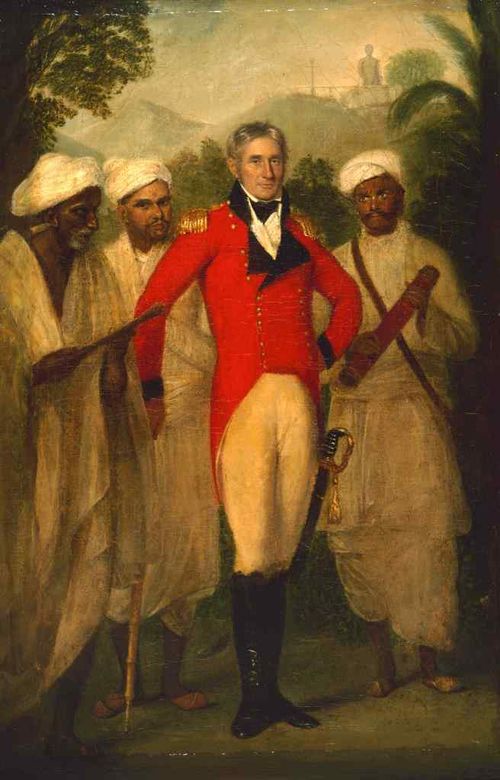 Mackenzie’s attitude towards collecting drawings, historical manuscripts and artefacts verged on the obsessive. Today, thousands of paper manuscripts, at least 1700 drawings, and 521 palm leaf manuscripts that he collected, mainly in India, form the British Library’s Mackenzie Collection. Other manuscripts and drawings that he collected are held in the Asiatic Society’s Library in Kolkata and the University of Madras Library. The objects he collected, ranging from coins to monumental sculpture, are now in the British Museum, the Victoria and Albert Museum, the Chennai Government Museum, the Indian Museum Kolkata and the National Museum of India.

The British Library’s Mackenzie Collection is a treasure trove of information about the people and places in Asia that Colin Mackenzie encountered two centuries ago. The one thing that Mackenzie conspicuously failed to collect was any personal information about himself. To find out about his origins, one must travel 5000 miles north-west from Mackenzie’s final resting place at Calcutta, to his birthplace at Stornoway, on the Island of Lewis.

Here is a picture of the seaside church of Ui on Lewis, where the Mackenzie family’s mausoleum stands. 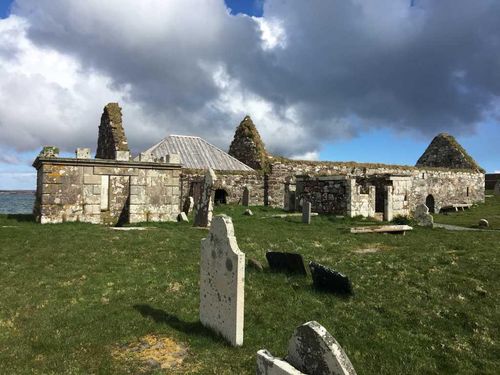 The Ui Church at Aignish, near Stornoway. The rectangular granite structure on the left is the Mackenzie Family Mausoleum. 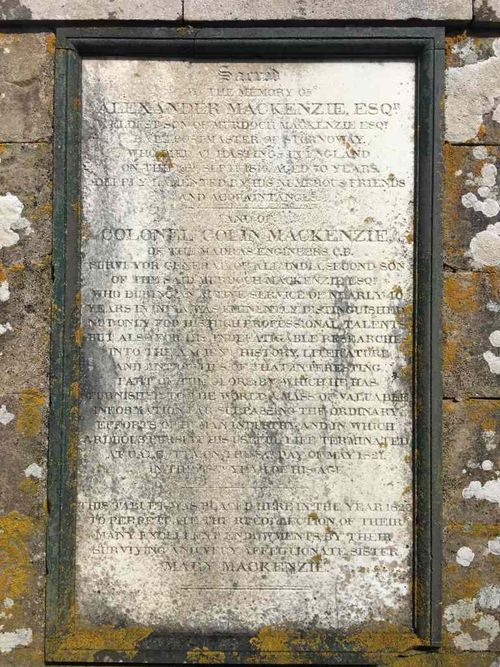 The inscriptions inside the Mackenzie Family Mausoleum at Aignish. 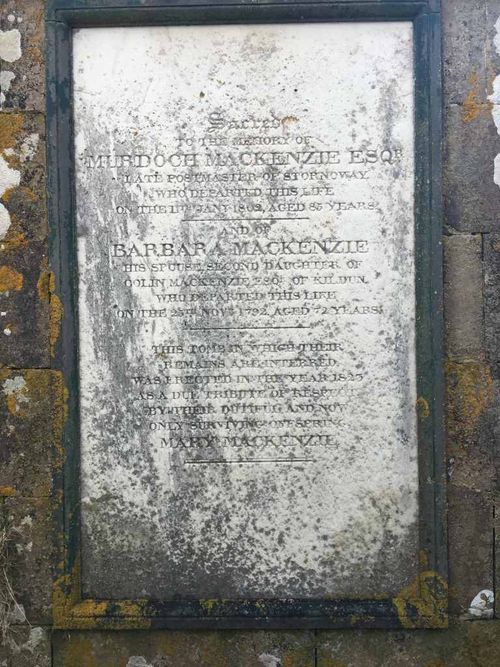 Today, Stornoway has become the vibrant capital of the Outer Hebrides. The Purvai Project, based at the An Lanntair cultural centre in Stornoway, seeks to explore Colin Mackenzie’s vast legacy. One aspect of the project will be an exhibition at the newly opened Lews Castle Museum about the life and work of Colin Mackenzie, scheduled for 2017.

Jansari, Sushma.“Roman Coins from the Mackenzie Collection at the British Museum.” The Numismatic Chronicle, Volume 172 (2012), pp.93-104.

Posted by Margaret.Makepeace at 09:00:00 in Journeys , South Asia , Visual arts