Death by food and drink

Following on from Rose Aylmer, the young lady described as having expired from eating too many pineapples, we bring you stories of deaths caused by the consumption of other food items.

The Cheltenham Chronicle of 8 April 1899 carries the story of the ‘supposed death from eating tinned salmon’.  An account of George Perry, a young soldier formerly of the Devonshire Regiment recently invalided from India, who it was believed had died from eating tinned salmon.  The newspaper report states that he and his father had both eaten the tinned salmon and become very unwell and that the son had subsequently died. The post-mortem showed signs of poisoning. 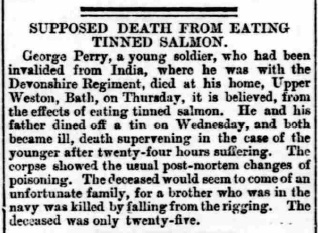 The Hartlepool Northern Daily Mail of 7 June 1920 reports the tragic story of the death of Irene May Banks, age 7, from Hersham, Surrey, who had died suddenly from convulsions following a meal of shrimps and radishes. At the inquest the coroner, in recording his verdict of death from natural causes, noted: “The girl swallowed radishes whole, and must have eaten most ferociously”.  Irene was the eldest daughter of William Ernest Matthew Banks, a grocer’s porter, and his wife Elizabeth Ann, née Lane. 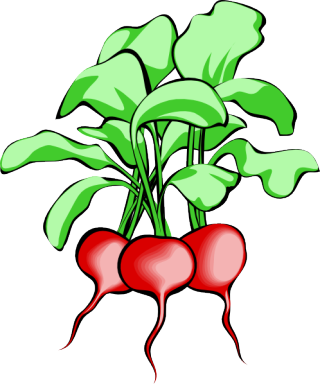 It wasn’t just the consumption of food however that led to sudden and unexpected death -  liquids were often also to blame! Alfred Burge, a chemist in Allahabad died on 4 July 1875 from a ‘wound of the face caused by his soda water machine bursting’.  Alfred’s death was particularly tragic as he had only been married a year and left not only his widow Annie, but a 5 month old daughter Mary Alice.  Mr Burge had, the previous year, purchased the chemist’s business of Messrs Buncombe & Co in Allahabad (according to brief obit. The Chemist & Druggist magazine August 1876).

A more disturbing account can be found in Theon Wilkinson’s book, Two Monsoons, and relates to the local ale produced in Mussoorie, a hill station whose only manufacture was beer from its two breweries and which by 1903 employed 131 men and produced nearly half a million gallons of beer.  Local ale was usually considered to be inferior to British ale, but one year the local ale produced at Mussoorie was found to be good quality. An investigation was held to look into this, which discovered that one of the coolies (labourers at the brewery) had fallen into the beer vat and drowned, which had added to the fermentation of that year's brew, thus allegedly improving its quality.