Harry Michie - With the Roughriders in the Mediterranean

Earlier this month, we remembered Charles Robert Dunt, a museum clerk who became the first member of the library departments of the British Museum to die in the First World War. On 21 July the Museum also lost Sergeant Harry Michie, a clerk in the Department of Printed Books, Maps, Charts, and Plans. Sergeant Michie served in the 1st City of London Yeomanry, a territorial cavalry regiment known as the "Roughriders". 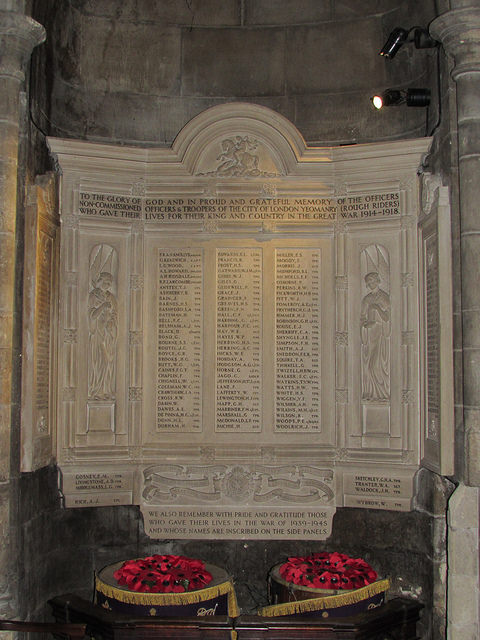 The City of London Yeomanry spent most of the opening years of the war in the Mediterranean.  They operated in Egypt as part of the force defending the Suez Canal. From mid-August 1915 the regiment took part in the Gallipoli Campaign, suffering severe casualities in the Battle of Scimitar Hill. Returning to Egypt in November, the regiment had to deal with high-rates of sickness in the extreme heat of the Sinai Desert. By June 1916, the regiment had almost 100 "ineffectives”, 20 of whom were in hospital.

The regimental history records the death of two of those that had been admitted to hospital: Sergeant Harry Michie and Private William James Pitt. Michie died in the 17th General Hospital in Alexandria from enteric fever (typhoid). He is buried in the Alexandria (Hadra) War Memorial Cemetery.

Harry Michie was born at Stratford, Essex in 1886, the second youngest of the ten children of Duncan and Lucretia Michie. His mother Lucretia Joy was born in Kent in 1844, the daughter of Charles and Harriet of Charlton, near Dover.  His father Duncan Michie was born at Lochlee in Angus in 1844 or 1845, the son of a gamekeeper. At the time of the 1861 Census, Duncan was working as a footman at Brechin Castle. He married Lucretia in Kent in 1865. By 1871, the couple were living at Stratford, Essex, while Duncan was working as a railway porter. He joined the British Museum in 1874, working first as a 2nd Class Attendant in the Zoological Department, before moving to the Department of Oriental Antiquities (presumably after the zoological collections moved to the new museum at Kensington).   Duncan died in 1898 aged 54, by which time the family had moved to Leytonstone, where the widowed Lucretia and her remaining children were still living in 1911. Lucretia died in 1922, aged 77.

Harry Michie followed in his father’s footsteps by joining the British Museum as a boy attendant in the Department of Printed Books on 5 March 1900. He became part of the adult staff on 25 September 1905. Unfortunately Michie's army service records do not seem to have survived, so we do not know the exact date he enlisted at Stratford for the City of London Yeomanry. 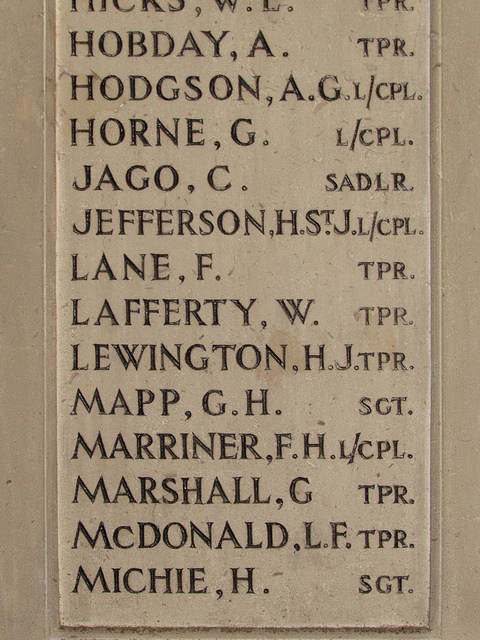 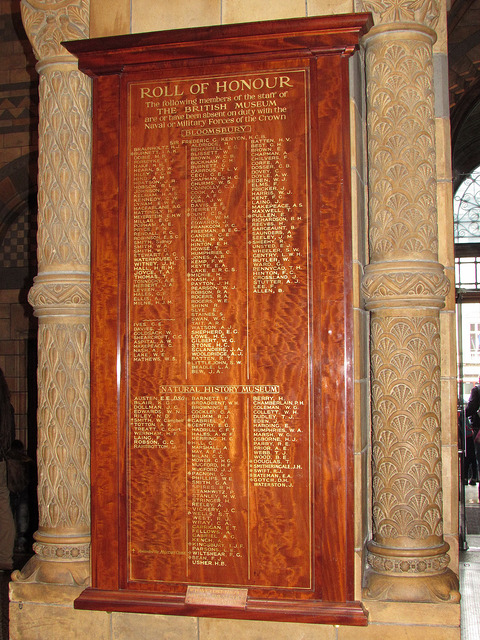