A Drunken Russian Pilot and the Bombing of Mecca 1925

In August 1924, the Sultan of Nejd, Ibn Sa’ud, launched an invasion of the short-lived Kingdom of Hejaz, in the west of the Arabian Peninsula.  Meeting little resistance, his Ikhwan forces swiftly captured – and brutally plundered – the city of Ta’if.   After this, the Kingdom’s ruler, Sharif Husain bin Ali al-Hashimi, abdicated in favour of his son, Ali bin Husain al-Hashimi.  The Ikhwan continued to advance and in October captured the holy city of Mecca, leaving the newly incumbent Ali isolated and virtually surrounded in Jeddah.  These rapid territorial losses had left the Kingdom vulnerable militarily and strained economically. Desperate to gain any advantage that could halt the Ikhwan’s advance, the Kingdom had managed to procure a small number of aircraft.  However, its only pilot was a White Russian refugee named Shirokoff [Shirokov], who was paid a bottle of whisky per day and £60 in gold every month.  Shirokoff is said to have made regular reconnaissance flights, but he refused to fly at less than 9,000 or 10,000 feet and his observer was a “one-eyed officer who always wears dark glasses”.  This prompted Reader William Bullard, Britain’s Agent in Jeddah, to comment sardonically that “it is not believed that the reports brought back are of great value”.

The Kingdom’s aircraft were not armed but Shirokoff was repeatedly pressured to drop hand grenades on Ikhwan positions, even in Mecca, an order he adamantly refused to follow.  He pointed out that if the grenades did not blow the plane up, they would burst before reaching the ground anyway.  Bullard remarked “it is difficult to see what could be gained by the bombing of Mecca by a non-Moslem airman” - doing so would provide Ibn Sa’ud with a propaganda victory.  Shirokoff was said to have supplemented his “inadequate” daily ration of whisky by “heavy purchases and drinking at the expense of his admirers”.  Bullard speculated that “he may one day reach the point of exhilaration at which the prospect of dropping explosives on Mecca will cease to appear objectionable”.  Not long after Bullard expressed this fear, Shirokoff was dead. 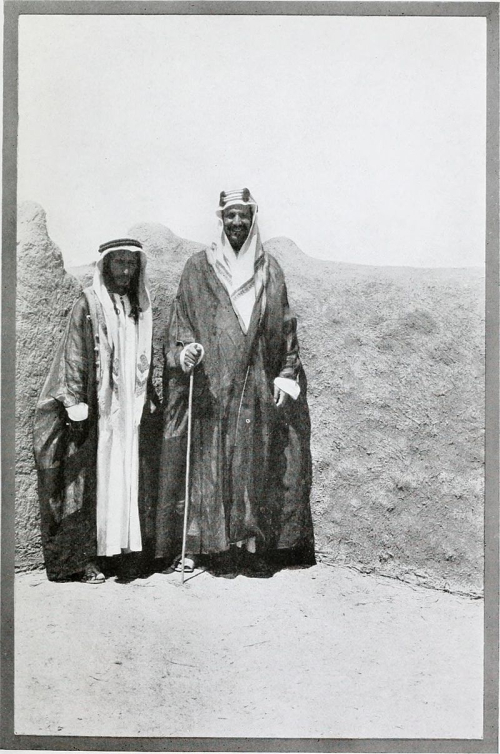 In January 1925, the pilot was flying above an enemy camp when his plane exploded and all those on board were killed.  That particular day, ‘Umar Shakir, a Syrian anti-Ottoman intellectual and journalist who had fled to the Hejaz, was on board.  Shakir was a friend of Shirokoff’s spotter, and had boarded the plane “without authority”.  Shakir was said to have been “clamouring to be allowed to go and drop bombs” and it appears that he did just that.  Bullard speculated that Shakir had attempted to throw one of the improvised bombs and it had exploded in the plane. 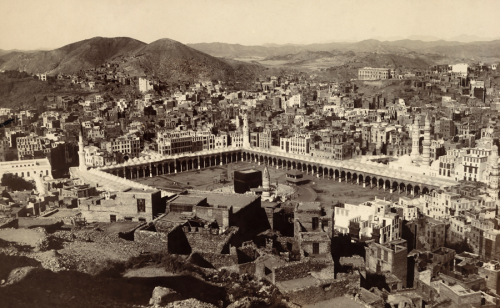 As the Kingdom’s position became increasingly desperate, it resorted to procuring a fatwa [religious ruling] that justified the bombing of Mecca by Christian pilots from a Shaikh said to be named ‘Shengetti’.  Subsequently, a limited number of aerial raids were made on Mecca by newly recruited foreign pilots, but they proved ineffectual and were soon halted.  By December 1925, Jeddah had been formally surrendered to Ibn Sa’ud and Ali fled to the court of his brother King Faisal in Baghdad, where he died a decade later.  The Hejaz region has been under the rule of the Al Saud ever since, and in 1932 became a part of Ibn Sa’ud’s newly established Kingdom of Saudi Arabia.

Posted by Margaret.Makepeace at 09:00:00 in Middle East , Modern history , Qatar