As the eyes of the world focus on the Olympic Games in Brazil, I thought I’d share a story about Robert Clive’s stay in Rio de Janeiro in 1764. It was not a happy experience!

Here is Clive telling us what happened - can you hear a tone of haughty disdain echoing down the years?

‘Distress of weather, and a tedious passage to my Government in the East Indies, obliged me to put into some port, for refreshment.  Rio Janeiro was my choice... Considering the very great and recent services rendered by the British nation to that of Portugal, it was reasonable to suppose that a man of my station and dignity, would be entitled to every mark of distinction from the Viceroy of this place.  As an Englishman, however, I at least expected security for myself and for my family in a Portugueze settlement.  How far these expectations…have been answered, cannot, I think, be determined by a few superficial marks of shew and ceremony; because civilities of the most obvious nature have been, as it should seem, purposely omitted.  Over this, however, I am content to draw a veil, having a much stronger ground for complaint.

Among my domestic servants, there were four musicians, whom I hired in England, at a great expence, for the amusement of the Government of Calcutta.  These I brought on shore, merely to entertain this town; and being informed that the inhabitants were admirers of music, I permitted my band to go to any private families who might be desirous of hearing them perform… They were found to excell all those of their profession in the settlement and priests and others were, hereupon, instructed to seduce them.  I had indeed been frequently informed, that such an attempt would be made, nay I received several intimations of Your Excellency’s intention to facilitate and encourage the execution of the design, that they might be inveigled to stay here, and be employed at the opera after my departure.  But as it was impossible for a liberal mind to entertain so mean a suspicion against a man in your exalted station, I still continued to let my servants go at large.’ 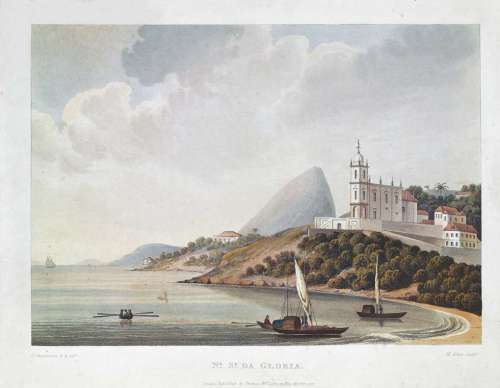 The church of Our Lady of Glory from Views and costumes of Rio de Janeiro painted by Lieutenant Henry Chamberlain, 1822.

Once Clive was convinced that his musicians were being lured away, he tried to have them seized.  The men took refuge in a church and were then allowed to escape.

‘Could it be conceived that your Excellency’s authority, which cannot be eluded by the meanest slave in the remotest part of your government, would be baffled by three fiddlers, dressed in laced cloaths, carrying with them a large quantity of baggage, and escorted into the country by a priest?...These men, Sir, are not only my servants; they are also British subjects; and you cannot be ignorant, that the seduction of them, will neither be looked upon with indifference by the King of England, nor countenanced, much less approved of by the King of Portugal.' 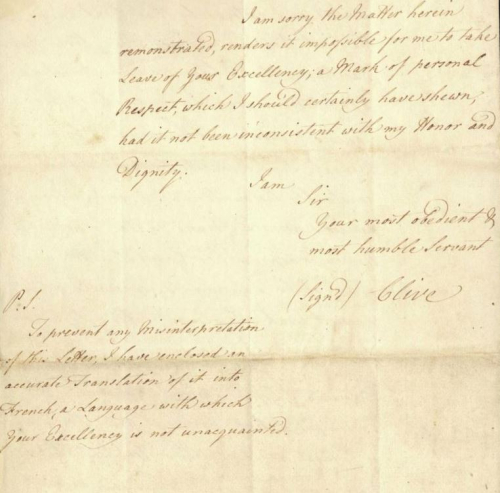 Clive ends with this postscript, lofty to the last: ‘To prevent any misinterpretation of this letter, I have enclosed an accurate translation of it into French, a language with which your Excellency is not unacquainted’.

Posted by Margaret.Makepeace at 09:00:00 in Americas , Journeys , Leisure , Manuscripts , Politics