Life at the fringes of empire: Edward Eastwick in Sind

Edward Eastwick (1814-1883) entered the service of the East India Company at the comparatively late age of 22, arriving in Bombay in the summer of 1836.  This was not Eastwick’s first trip abroad.  Following the unlikely advice of a family doctor and the ‘earnest solicitations’ of his wife, Eastwick’s father Robert had taken his sickly ten-year-old son on a year-long opium-trading voyage to China in 1825. Eastwick caught the travel bug, and probably many others besides.

The privations of this early voyage may have gone some way to prepare Eastwick for his first posting in India as ‘Assistant Political Agent, Upper Sindh’.  After an exhausting two-month journey from Gujarat, by boat, camel and foot, Eastwick arrived at Sukkur on the bank of the Indus and set about securing lodgings.  With daily temperatures hovering around 40°C in the shade, and already suffering from regular bouts of fever, he rejected the canvas tents of the other officers and opted instead to have the long-abandoned tomb of a Mogul Princess cleared of rubbish for his own habitation.  This action seems to have gone down very badly indeed with his new boss, the firebrand Scot, Andrew Ross Bell (1809-1841). Bell, suffering terribly from fever himself, was frequently absent from his post as he attempted to recover his health in the hills at Simla. Before one such sojourn he summoned his new recruit for what Eastwick imagined would be a formal handover of duties.

“I have sent for you,” Bell said, with a thoughtful and anxious air, “to beg you will lay the camel dák with care, and use every exertion in order that the produce of the vegetable garden, particularly green peas, may reach me as often as possible!!”

Eastwick – not, one senses, a natural gardener – had barely got started with the peas when he received orders to abandon his post and move on to the town of Shikarpore. His commodious tomb was to be replaced by a ‘miserable’ bungalow, ‘densely populated by hordes of ants’. 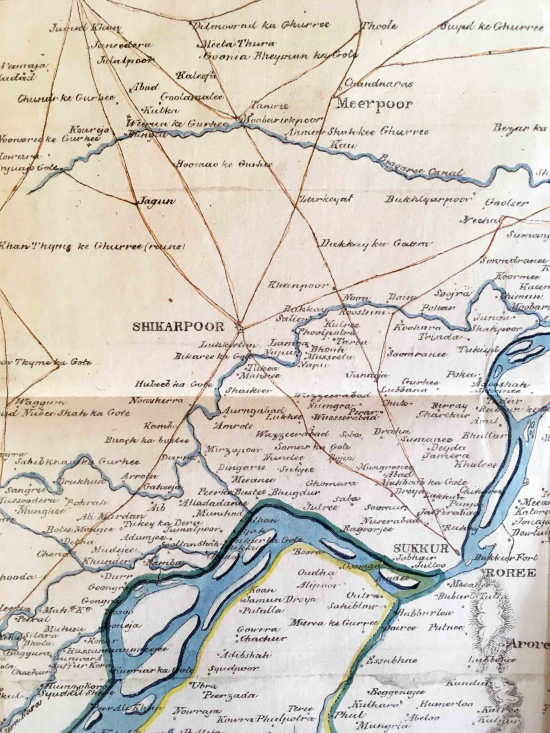 Enclosure to Selections from the records of the Bombay Government, No. XVII - New Series, Vol. II (1855)

Entrusted from arrival with running the Shikarpore post office, treasury and prison, Eastwick was hard pressed to meet Bell’s other sundry requests. ‘You must therefore sink such a number of wells’, began one, particularly demanding order, ‘as shall furnish an ample supply of water for 2000 men and 500 camels.’ Even the most competent administrator would have been challenged, and Eastwick appears to have been anything but.

A constant refrain of the absent Bell was that his assistant seemed unable to keep accurate paperwork. As Bell noted in a hastily scrawled note of September 1840, the Shikarpore diary was ‘very incorrect’. With cholera ravaging his station, an escaped prisoner at large, and a drunken European clerk in residence who was apparently fond of charging around the cantonments at night with a drawn sword, the diary was probably the last thing on Eastwick’s mind. 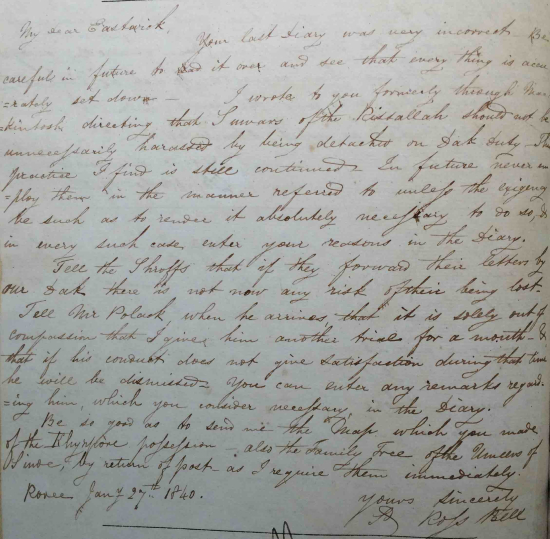 The parties thrown by local worthies may also have proved distracting for the young Lieutenant. Still in recovery for a concussion sustained when riding his camel under a low wooden arch, Eastwick received an invitation to the Minister of Hyderabad’s residence for a nâch. Of the Sindhi dancing girls present, one ‘whose name was “Moonbeam” (Mahtab) was rather pretty’, he ruminated afterwards, ‘but on the whole, there was no great risk of being fascinated’. 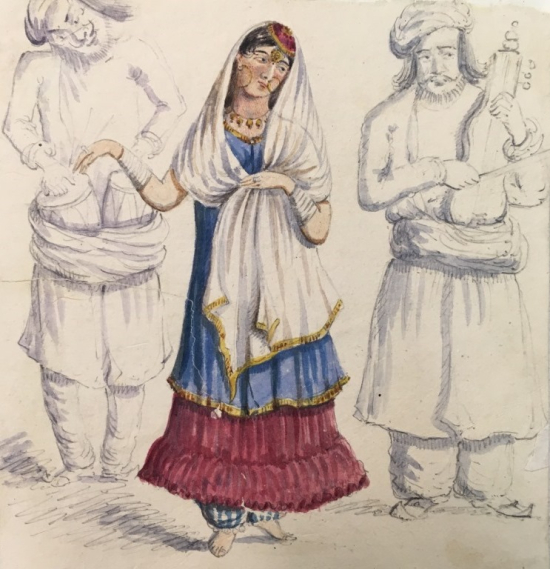 Posted by Margaret.Makepeace at 08:30:00 in Health , Journeys , South Asia