A case of mistaken identity

On 17 August 1932, the Italian Fascist newspaper, Il Lavoro Fascista, reported that a special envoy to ‘Abd al-‘Azīz bin ‘Abd al-Raḥmān bin Fayṣal Āl Sa‘ūd, King of the Hejaz (and soon to be proclaimed King of Saudi Arabia), had arrived in Turin for a special visit. Such a visit might have been expected, given the fact that treaties of friendship and commerce between the two countries had been signed earlier that year. 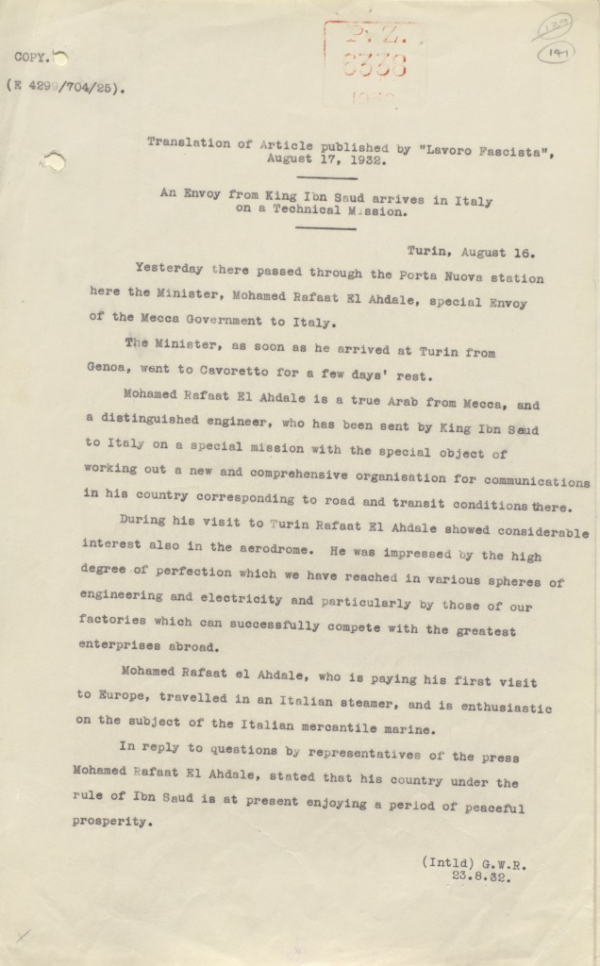 However, all was not as it seemed. A translation of the article had been sent by the Foreign Office to His Majesty’s Chargé d’Affaires to Jeddah, Cecil Gervase Hope Gill, who replied some weeks later with a few details that appeared to contradict Il Lavoro Fascista’s version of events. According to Hope Gill, the purported special envoy, named as Mohamed Rafaat El Ahdale in the translated article, was in fact a Syrian chauffeur who had formerly been employed by the ex-King of the Hejaz, ‘Alī bin Ḥusayn al-Hāshimī, and had more recently been engaged to drive the Mecca Municipality’s water sprinkler.  He had since gone on to open his own repair shop, concentrating on ‘worn-out Fiats’. 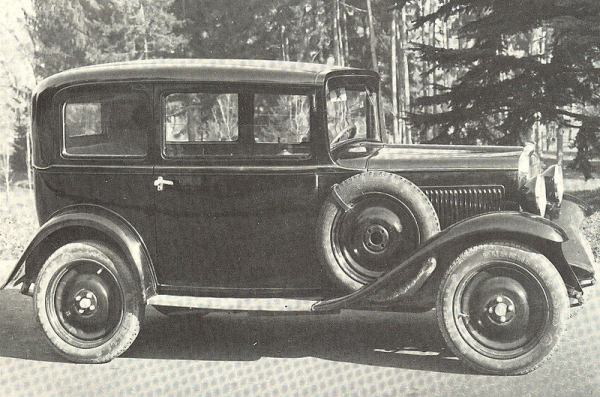 Hope Gill’s letter continued by reporting that the Hejazi Government, which owned a number of Fiat cars, had contracted the former chauffeur for the maintenance of its vehicles, and had later assisted him financially so that he could visit Italy in search for spare parts.

Either Il Lavoro Fascista was misinformed, or it was determined not to let the truth get in the way of a good story.

Posted by Margaret.Makepeace at 08:30:00 in Journeys , Middle East , Qatar