Imagine being abandoned at London’s King’s Cross railway station with just one pound in your pocket. In 1908, this is exactly what happened to an ayah who had travelled from India to Britain to look after a family’s children on the journey home.  An India Office Records file reveals the details of this story which was told in last night’s Sky Arts programme ‘Treasures of the British Library’ featuring Meera Syal.

Many British people employed an ayah to look after their children on the long voyage from India to Britain. The ayahs were at the heart of the family during the voyage, and their employer was supposed to provide for their passage home. However it was not unusual for ayahs to be dismissed once in Britain and left to fend for themselves. There were many critics of this callous behaviour because ayahs often suffered poverty and poor living conditions. In the late nineteenth century, these concerns led to the founding of the Ayahs’ Home in East London. Such was the demand that it moved to larger premises in 1921. They could enjoy a safe place to stay in the company of other ayahs and Chinese amahs, with food and décor that was intended to make them feel at home. 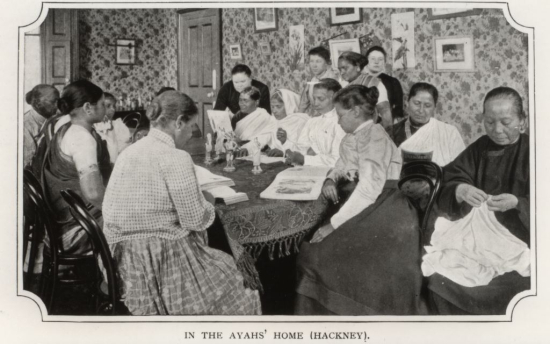 The ayah highlighted in the broadcast arrived in England from Bombay with a Mrs Catchpole in May 1908. Mrs Catchpole asked Thomas Cook and Son to find the ayah another employer returning to India. The ayah’s services were duly transferred to a Mrs Drummond and she journeyed to Scotland where she spent fifteen days with the family.  On 24 June the Drummonds came to London to take passage to Bombay the following day on SS Arabia. The family left the ayah at King’s Cross Station, giving her £1. 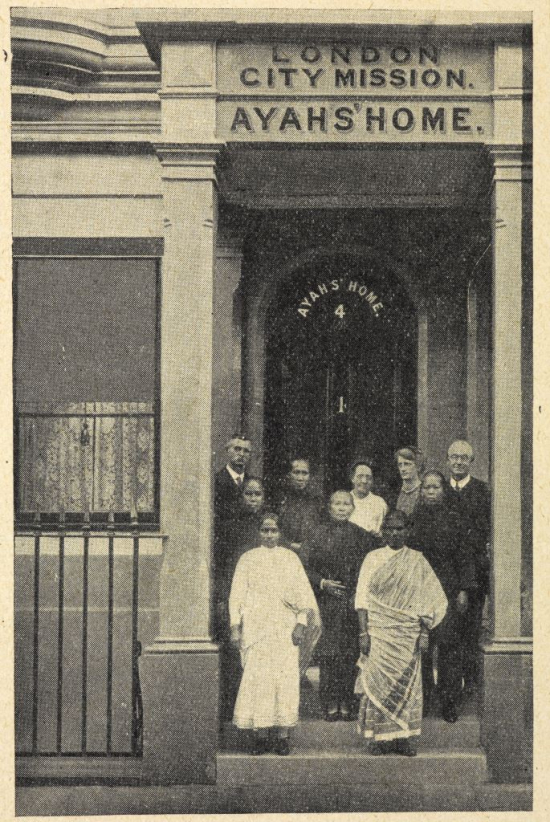 From King’s Cross, the ayah managed to find her way to the office of Thomas Cook at Ludgate Hill. She was advised to go to the Ayahs’ Home in King Edward Road, Hackney.  The matron of the Home, Sarah Annie Dunn, wrote to the India Office on 16 July reporting the case.  Although the Home did not take charge of destitute ayahs, it would not turn the woman away. Mrs Dunn questioned whether it was against the law for a native of India to be abandoned in such a manner. 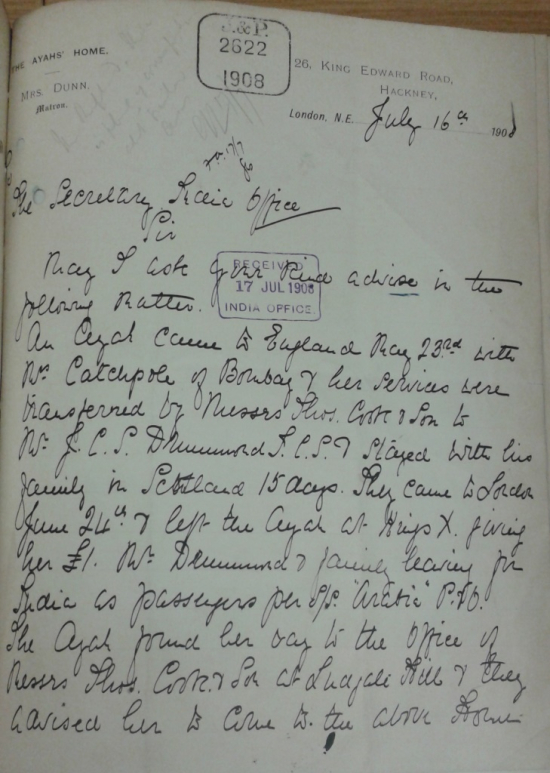 The India Office believed that the ayah had no legal remedy unless she had a written agreement that she would be taken back to India. The file notes that the India Office had declined to take responsibility in a previous case in 1890, and that the Government of India had then also refused to intervene. However Council of India member Syed Hussain Bilgrami recorded his disagreement with the proposed response, writing of ‘dishonest and cruel’ European employers inveigling Indian servants to travel with them and then abandoning them on arrival. 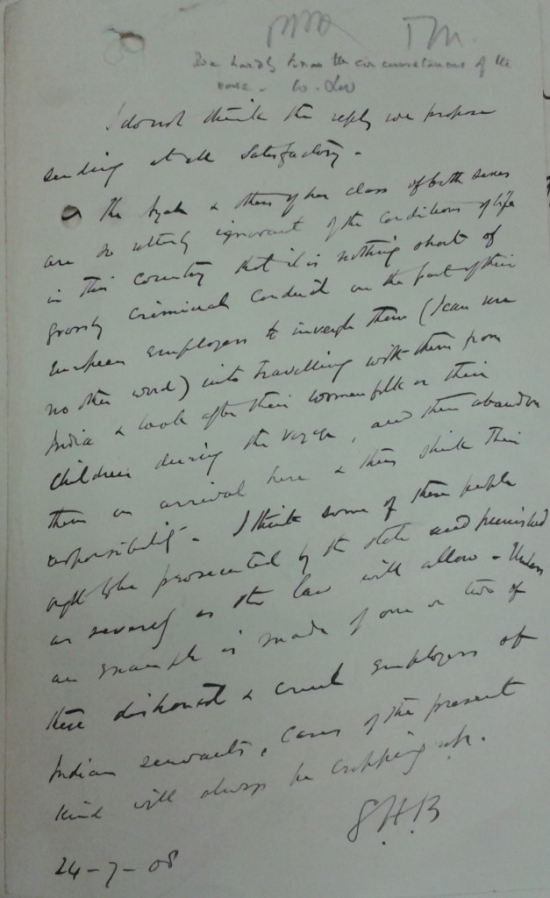 Nothing more is written in the file about the destitute woman. Perhaps she was one of the ayahs who developed a special expertise in looking after children on voyages and travelled regularly to Britain. But if it was her first voyage, then her experience of being abandoned must have been truly terrifying.