Poldark, put your shirt on! An 18th Century description of a Cornish mine.

In the British Library there is a fascinating manuscript, compiled in 1779, recording a journey across southern England.  An anonymous gentleman set out from London “on the 1st day of July 1779”, and went all the way to Cornwall “with a single horse chaise”.

Upon reaching Cornwall, the traveller decided “to gratify a curiosity of visiting one of the tin & copper mines which lay scattered on the roadsides”.  This caught my attention because one of my guilty pleasures is the TV series Poldark.  Aidan Turner (the actor who plays Ross Poldark) frequently removes his shirt while toiling in the rugged, rocky interior of his mine.  Not surprisingly, the 1779 account of a Cornish mine is completely different.

To begin with, the anonymous traveller of 1779 had to wear copious amounts of clothing before he was allowed down the mine.  In preparation for the descent, he... “immediately went to the room of one of the Captains (that is a person of rather greater confidence than others) where [he] furnished myself with a dress consisting of worsted stockings, pair of trousers, flannel shirt, waistcoat sleeved, flannel night cap & hat.  Having procured some candles & taken a small quantity of gin to prevent injury from my new habit, set forth for the shaft” .

The gentleman traveller estimated that the mine was 430 feet deep, and he described it as a murky, unforgiving, water-filled place, strewn with mud and clay.  A steam operated pump that the traveller called a “fire engine” was used to draw water out of the mine at a rate of a hundred gallons per stroke. 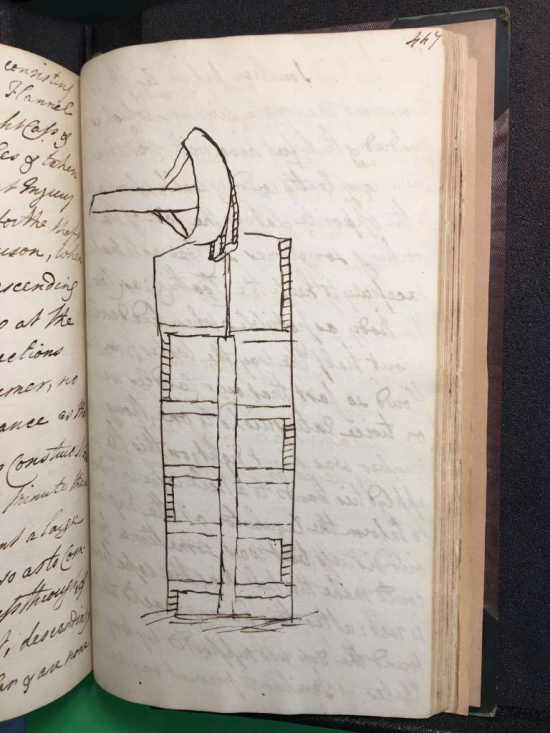 The descent into the mine happened at a terrifying proximity to the fire engine mechanism, which perpetually pumped water out of the mine, and inevitably spilled water while it operated.  There was “a large quantity of water flowing over so as to compleatly wet every part of the dress through & endanger the candles going out... the engine sometimes working so close as to make it necessary to keep the cloathing as close to the body as possible; when [we] had descended half way the water from above flowd so fast that our candles were once or twice extinguished to one, though the number[of candles] was about eight”.

At the bottom of the mine “[t]he ground [we] had to walk along where the vein of ore formerly lay consisted of mud or clay considerably over my shoes, & roof so low as to make it necessary to stoop the whole distance...”  It seems that Cornish mines were places where men had to dig about in the mud, and not rock-walled caverns where swarthy men struck hammers against chunks of stone.  At the end of his visit, the traveller “came to a flight of ladders placed so as to form an angle, & it was with some degree of pleasure I revisited daylight after an absence of two hours”. 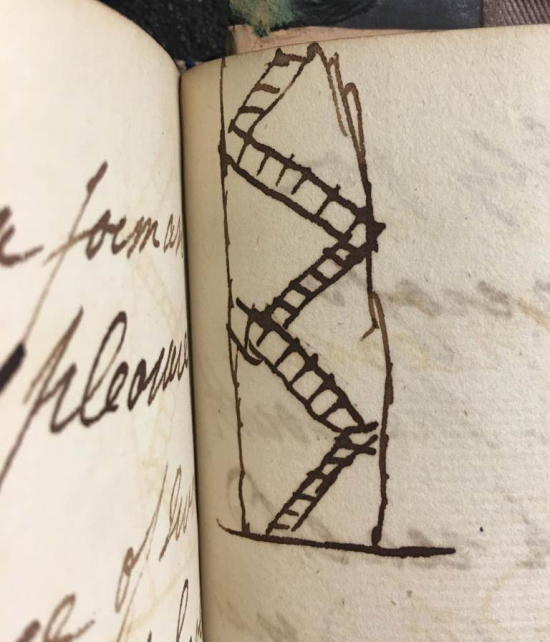 The traveller continued his journey to Redruth, and stayed at an inn called the King's Head, where he ate a “Cornish pye formed of meat parsley onions apples cream &c” for his evening meal. Unlike the miners he left behind, life was good for this gentleman. I wonder if he looked a little bit like Aidan Turner? 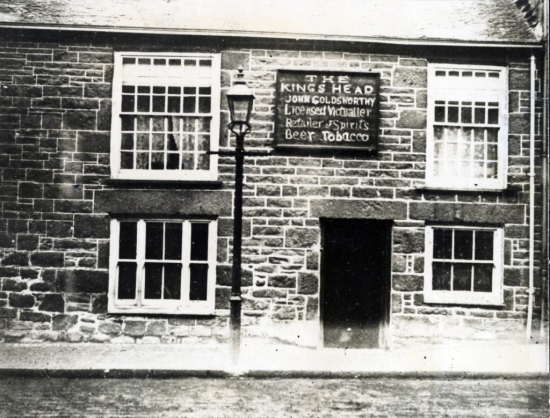 “A Description of a Cornish mine” was taken from pages 442 to 455 in an account of a journey across the south of England by an anonymous traveller, 1779. British Library, Mss Eur Mack Private 91.

Posted by Margaret.Makepeace at 08:30:00 in Journeys , Manuscripts , Science and environment , Work