A novel way to secure a pension

The name Thomas Snodgrass will perhaps conjure up for some people an image of an archetypal pen-pushing bureaucrat, and indeed the subject of this tale was a real East India Company civil servant who was appointed writer (clerk) in the Madras Presidency in 1777. 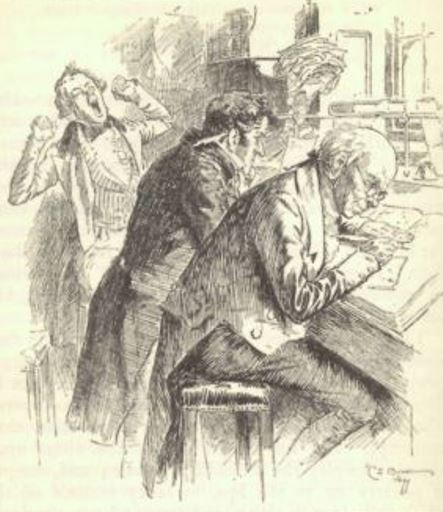 Snodgrass rose to become Collector at Ganjam in Orissa in eastern India, but by 1804 he had left the service under a heavy cloud. The reasons for this can be assumed from the descriptions of a number of files within the India Office Records:

Not surprisingly a difficulty arose later when he tried to claim his pension. How he succeeded in eventually doing so is recounted in the Annals of the Oriental Club, 1824–1858:

'When Mr. Snodgrass applied for a pension the East India Company refused to grant it till he satisfied the Directors that there had been no misappropriation of the revenue under his control as Collector.  He professed that it was impossible to render an account, his papers having been lost in the wreck of a boat on Lake Chilka. The Hon’ble Court was incredulous; whereupon Mr. Snodgrass, meanly attired, posted himself in Leadenhall Street, opposite the India House, and started a new career as a crossing-sweeper. So much sympathy was aroused by the spectacle of a Company’s servant apparently reduced to poverty, that the Court relented and the pension was paid'. 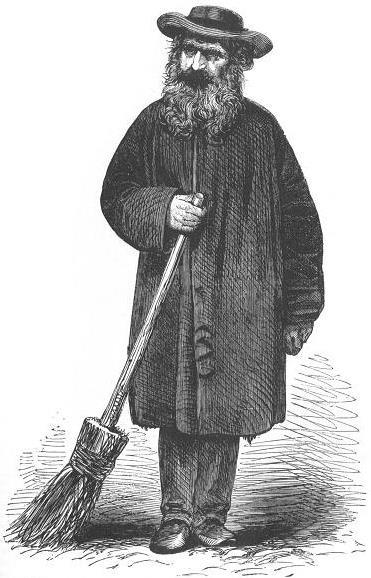 'The Bearded Crossing-Sweeper at the Exchange' from Henry Mayhew, London Labour and the London Poor volume 2

This stunt did not prevent his becoming a founder member of the Oriental Club, and also ensured that the Company had to pay him his perhaps ill-gotten pension until he died in 1834.