After the Japanese invasion of Thailand in 1941, just before the Thai Government declared war on Britain and the United States on 25 January 1942, 22 cases containing the archives of the British Legation in Bangkok were removed. A similar thing happened to the 84 boxes containing the archives of the British Embassy in China for the years 1931-1939, which went from Beijing to Nanjing and, in 1941, were also removed for safe custody during the war. 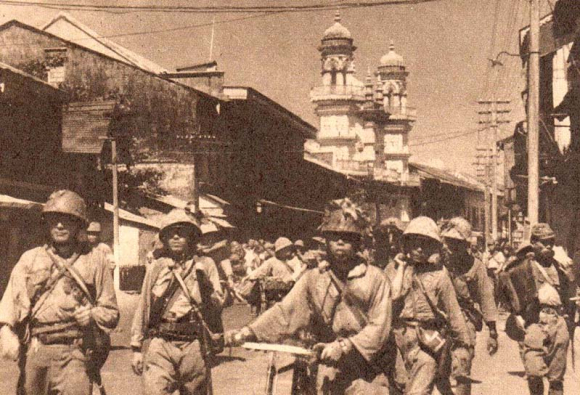 Confidential documents were said to have been destroyed, and then the boxes containing the two archives were carefully sent to Singapore in 1941.

But this wasn’t a safe choice. Singapore fell to the Japanese on 15 February 1942, and the two archives were shipped to India shortly afterwards. The archives remained in Calcutta until the end of the war and, after Indian Independence in 1947, they were sent to the Foreign Office Library in London, in 1948, as part of the process of transferring records to the Foreign and Commonwealth Office of the British government.

The file IOR/L/PS/12/716, part of the India Office Records and digitised for the Qatar Foundation Partnership, contains the correspondence telling the story of these two archives. Arrangements for the shipping and costs of the transport and storage are described in the file.

The exact content of the cases wasn’t known at the time.
There is a letter from the Foreign Office Librarian in 1948, saying that the content of the boxes was unknown to him and, at the purpose of shipping back to Bangkok the files which were less than 20 years old and were therefore considered current, he should have opened the boxes, or shipped the entire archives back to Thailand instead. We can guess that these archives ended up staying in London. The archives of the HM Legation in Bangkok and of the HM Embassy in China should now be available for public consultation at The National Archives in Kew.